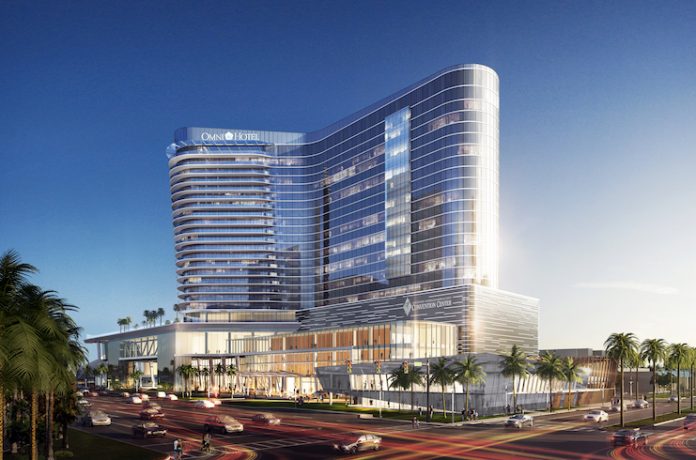 DALLAS — Matthews Southwest (MSW) has kicked off the final phase of the Greater Fort Lauderdale/Broward County convention center expansion project, which includes the Omni Fort Lauderdale Hotel. The expanded convention center and hotel will take advantage of the amenities of its location on the Intracoastal Waterway, offering a mix of activities associated with the Intracoastal and nearby Port Everglades. The expansion and hotel development project is expected to be completed in Q4 2025, and the total cost of the project is approximately $1.3 billion.

“We are excited to bring this project to fruition and are appreciative to have such a collaborative partner in Matthews Southwest, as well as their talented hotel and convention center architects and design build team. Matthews was selected after an extensive competitive analysis due to their demonstrated ability to successfully deliver the entire project and help us coordinate each element from start to finish,” said Monica Cepero, Broward County administrator.

The existing Convention Center is South Florida’s waterfront conference center and is a LEED EB Gold Certified facility. The first phase of the Exhibit Hall expansion and new Central Energy Plant was completed in October 2021 by Matthews Southwest. When completed, the current expansion project will add an additional 600,000 square feet of flexible indoor event and meeting space and an additional 200,000 square feet of outdoor programming space to create a total of more than 1.4 million square feet of event space, including 350,000 square feet of contiguous exhibition space. The center will also feature a new 65,000 square foot waterfront ballroom, 50 meeting rooms, technologies, dining concepts, pre-function space, and décor that complements the Greater Fort Lauderdale area.

The 29-story, 800-room Omni Fort Lauderdale Hotel will have multiple restaurants; a rooftop bar; a 30,000-square-foot grand ballroom, junior ballroom, and meeting spaces; and a yoga deck and an elevated pool deck. The building design and decor incorporates South Florida colors, skies, and climate while taking cues from nautical design like the prows and decks of nearby cruise ships, as well as masts and rigging from yachts and sailing vessels.

“The combined effect of the convention center expansion and new hotel, along with the new public spaces and waterfront amenities, make this a multipurpose location that will bolster the local economy by more than $200 million annually and position Broward County nationally and internationally as a premier meeting and waterfront entertainment destination,” said Alan Cohen, Broward County assistant county administrator. “This project was developed with resiliency being top of mind to ensure it will be a relevant and operable facility for many years to come.”

“By attracting more professional association and trade show business and increasing tourism, this new project should increase annual economic activity by over $200 million, and create more than 1,300 permanent jobs in Broward County, in addition to the more than 1,000 construction jobs this project requires,” Cohen added.