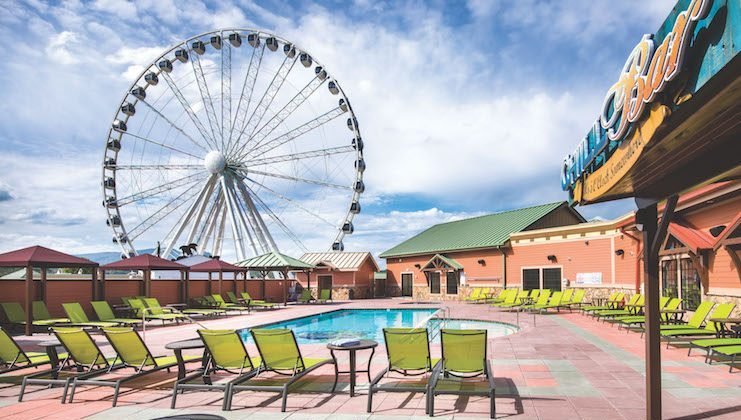 A Margaritaville resort in the Great Smoky Mountains? Actually, there are three.

In an update on Margaritaville’s expansion, these owners and developers discussed with LODGING the appeal of the brand, how its culture transcends the beach, and why mixing business and pleasure—within reason—has proven profitable, even in unlikely locations.

For those who question the wisdom of setting up shop so far from the beach, Cohlan explains, “Margaritaville is a state of mind—an escape from the everyday, a vacation from the daily grind.” Cohlan says Margaritaville is unique in the industry in its successful personification of a true lifestyle brand. “From clothing to music to modes of transportation—bicycles, for example—Margaritaville is about a way of living. It’s more about attitude than latitude.”

“The brand transcends age. The energy that comes off that environment is infections.”

Campbell notes how embracing this culture jives with the growing popularity of lifestyle brands, which strive to be unique—something he says Margaritaville already is. As far as adapting this spirit to mountain resort areas, Campbell says the brand is flexible. “We have things like blenders in the rooms, which gives you that sense of beach and getaway, but at the same time, we keep the mountain feel with wooden beams and floors and fireplaces in every room.”

All in all, Cohlan says, “It’s that shoulders-down feeling…it’s about relaxing and having fun, which is not limited to any geography.” Leone says it’s not limited to any age either. “The brand transcends age. The energy that comes off that environment is infectious.”

McManus and Leone say it was the culture that attracted them to this brand for their lifestyle properties. Leone observes “an overarching informality and sense of fun in nearly everything that flies under the Margaritaville banner.” Their mission statement, he remarks, says it all: “It’s simply a hand-drawn smiley face. That’s it.”

Campbell says the sense of fun is a significant advantage in competing for employees as well as guests. “Staffing in a tight employee market is a concern, but our employees really do want to be a part of the brand. They love the uniforms. They love the atmosphere. Our young employees are very enthusiastic about it.” And, as Cohlan points out, happy employees enhance the guest experience. “People served by employees who are enjoying where they are and what they’re doing are more likely to have a good time. That’s a big part of the secret of being able to provide this experience in lots of different travel destinations; it’s just more fun to work at Margaritaville.” 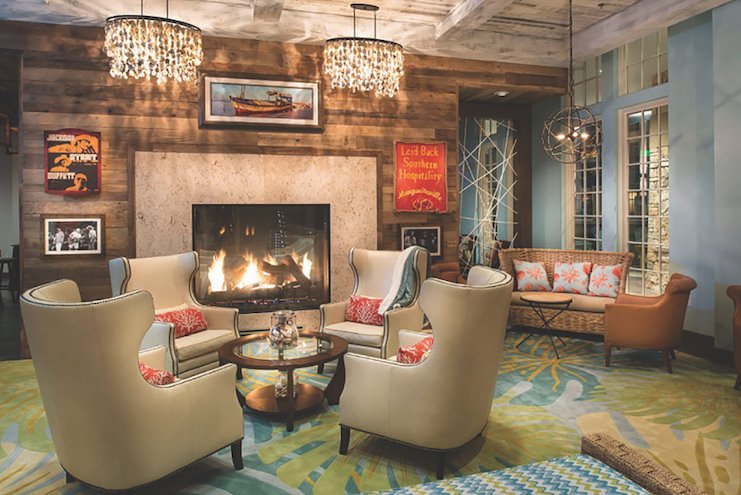 It was Campbell, Cohlan says, who recognized the market potential of partnering with Margaritaville for the Gatlinburg and Pigeon Forge properties—which, in addition to the three hotels, now include two restaurants and a vacation ownership sales center.
Campbell recalls pondering different options for the hotel in Pigeon Forge, which was then the largest commercial property in Tennessee.

“It was a first-class property, but we didn’t know quite what to do with it. The bank that owned it had about $85 million in it, and it was about 45 percent complete.” Then Jim Wiseman, president of Margaritaville Development, threw out the idea of working with Margaritaville. “We know our Pigeon Forge guests want to be entertained, but other flags offer no real sense of lifestyle in this largely blue-collar market.”

There was one big problem for the Margaritaville brand though: Pigeon Forge was basically a dry county, one that sold only beer. Once they were cleared to serve drinks, however, they were able to proceed, first with building the Margaritaville Restaurant in Pigeon Forge, and shortly after, the hotel. “It was the ultimate restaurant concept to bring to a tourist town, Jimmy Buffett’s Margaritaville. Folks were giddy about the opportunity,” Campbell recalls.

McManus remembers the reaction of friends on their venture, but says universal familiarity with the music, lyrics, and lifestyle represented by Jimmy Buffett overcame their skepticism. “His music makes you happy, and who wouldn’t want to be in a place of happiness, tranquility, and fun—even without an ocean?” Leone agrees. “It’s a true lifestyle hotel. The reality is, with Margaritaville, the lifestyle has already been created. As an independent hotel developer, all you have to do is plug it in.”

So why three properties? McManus says it was demand that drove them to spread the Margaritaville spirit, first to another property on the island—the Margaritaville Island Inn—then to nearby Gatlinburg. “We started hitting 100 percent occupancy, and demand was so great, even personal calls from corporate couldn’t get you a room.” Adds Leone, “It just soared—from a RevPAR index and from an ADR index, it far outpaced any of the competition in the market.”

As for the third property—the Gatlinburg resort, which had its soft opening June 28, rather than open officially in the middle of high season—McManus says, they waited for the right property to build a ground-up full resort. “We had our eye on Gatlinburg all along, but were just looking for the right site. A beautiful one located on an island presented itself right in downtown, next to the aquarium. When that property became available, we went all out; we demolished the old build and created something that was all our own—seven stories, 163 rooms, with banquet facilities.” 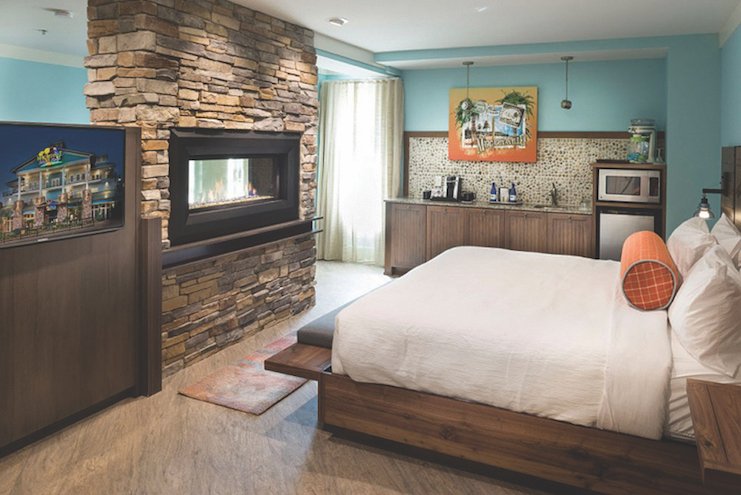 Leone says the partners are confident that the property in Nashville—the brand’s first in an urban market—will also thrive using the Margaritaville approach. This property is set to open in fall 2019. “I think this can do well in a lot of markets and will compete against any of the big brands that are out there. But I’m really sold on Margaritaville. I think if you’re looking to build an independent lifestyle hotel, Margaritaville is just such a natural fit. I’ve been involved in building and developing independent lifestyle hotels for almost 20 years now. Margaritaville is the proven lifestyle brand created by Jimmy and Margaritaville. It’s magical, it’s just amazing to watch the people as they walk into these different resorts with the same expression, the same energy.”

Campbell says the proof in all locations is in the ADR. “Our hotels are driving the highest ADR and the highest occupancy in those markets by a wide margin. It has exceeded our expectations; we’re 150 percent higher on our projected ADR than we originally performed.”

Although the brand focus is on fun, as McManus reminds, it is, after all, a business. “You’ve got to use good business practices, exceed expectations, and deliver, deliver, deliver. But, if you can deliver it within the confines of a tremendous brand like Margaritaville, that makes it a hell of a lot more fun.”