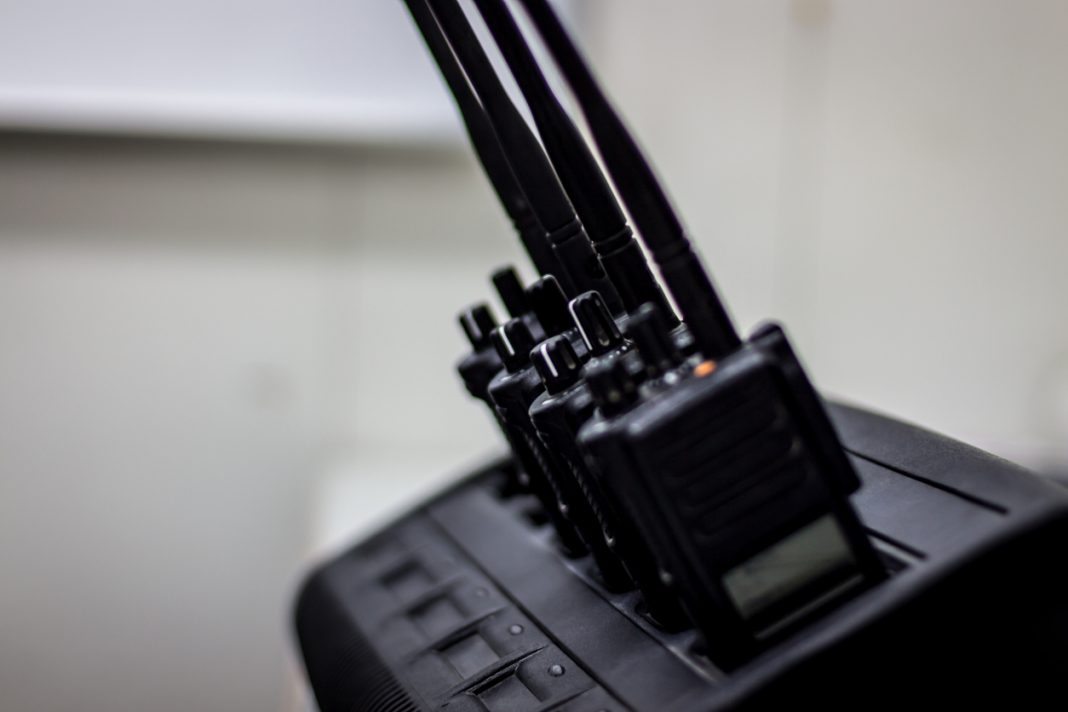 More than three in four Americans own smartphones today, according to Pew Research Center—up from just 35 percent in 2011. In less than a decade, technology has overhauled how we communicate and share information. However, this revolution has yet to reach the back-ends of many hotel properties that still rely on the same paper- and radio-based legacy systems they have been using for decades for team communications.

Jesse Robbins, the founder and CEO of Orion Labs, Inc., which provides real-time voice solutions through apps, bots, and wearable devices for a number of industries including hospitality, says that many legacy communications systems haven’t change in the last 50 years, beyond becoming more compact and cheaper over time. Ultimately, devices like walkie-talkies have a single function—to project one’s voice—which limits a hotel’s capabilities.

“Legacy systems are not capable of meeting changing guest expectations and the increasing demands of more efficient, well-managed, well-integrated operations.”

“Traditional systems are limited by range, they’re limited in audio quality, they’re limited in channels, they require licenses, and all these other things that just feel decades old in an age of smartphones and voice assistants,” Robbins tells LODGING. “Those legacy systems are not capable of meeting changing guest expectations and the increasing demands of more efficient, well-managed, well-integrated operations.”

When using paper- or radio-based systems, hotels also miss out on a significant amount of data, which can be used to automate systems, explains Adria Levtchenko, CEO and co-founder of PurpleCloud Technologies, which provides service optimization software for hospitality management. Nick Fraunfelder, COO of PurpleCloud Technologies, adds that switching to devices as ubiquitous as smartphones immediately expands capabilities. “Even at the lowest end of the associate scale, you can put a supercomputer in their hand in the form of a phone. Now, they can have all kinds of crazy things like location services, data input, and alerts.” Additionally, today’s cloud-based platforms allow for further integrations.

What does it take to finally make the switch from a legacy system and reap the promised benefits of a digital transformation? Below are five questions hotel owners and operators should ask before taking the leap into the future.

1Do you need to establish IT support?

Each hotel varies—some have a designated IT professionals to oversee work with tech vendors while others rely on tech vendors to guide on-site engineers, who may or may not have any tech background. Levtchenko says that it’s important for each property to have a dedicated champion to take on the project. “If you’re a hotel company that wants to start taking advantage of new technology, you definitely need an IT resource to be able to help you along the way.”

2Have you tested your wireless infrastructure?

The success of rolling out new technologies today frequently hinges on the reliability of a hotel’s wireless infrastructure. “You want to make sure that your wireless network is expansive in the area that you’re covering,” Levtchenko says. That includes testing elevators and public spaces outside on the hotel’s grounds for WiFi dead spots. “You don’t want [staff] to get frustrated with the new technology when it goes live. You want to maintain a consistent connection in general. And you want to make sure that it’s the same for your guests.”

In addition to establishing strong and reliable coverage, Levtchenko adds that hotels should check bandwidth. “Ensure that you have enough bandwidth on both sides and that the access points themselves are dual-band so they can be optimized for mobile technology.”

3Does your PMS have an Open API?

New technologies can be integrated into a hotel’s existing property management system (PMS) to share data and streamline operations. However, as Fraunfelder explains, it’s important for a hotel to check whether its current PMS has an open or closed system that allows for integrations. He suggests hotels ask about their PMS’ history of working with vendors and what kind of inbound and outbound communication the system will allow. Hotels should also consider data security when integrating third party vendors.

Levtchenko adds that hoteliers should be mindful of any costs and fees that their existing PMS company may charge for integrations. “When you have vendors work together, you can get a really innovative environment.”

4Is the hotel’s team ready to make the switch?

Robbins says that technologies like Orion’s are focused on creating solutions that can be deployed immediately without significant staff training or operational changes. “We don’t require that they replace the entire system in order to get any value out of our platform. We start by saying, ‘You’ve got a radio system that’s working today?’ We provide a radio bridge that will let you use your legacy systems with the new Orion system simultaneously without any training changes or anything else. We call this an embrace/replace strategy,” he explains. “You can roll out as slowly or as quickly as makes sense for your business.”

When creating a plan to onboard staff to new technology, Levtchenko advises hoteliers to check their assumptions about their team. “People just assume that younger people are tech-savvy and that’s not always the case. There are a lot of misconceptions about who is tech-savvy and who isn’t,” Levtchenko says. “If you think that your team is not going to be able to do it, they can definitely overcome those challenges.”

To support the transition from legacy systems, Levtchenko says that PurpleCloud Technologies offers both on-site and virtual training resources. “There are definitely hotels out there that choose to train their own teams because they know their teams best.”

5How will you manage devices?

Before making the switch from a legacy system, hotel teams must institute a protocol for managing new devices. “A lot of people think, when they get a bunch of devices, that they’re going to work themselves. There’s always locking down a device, making sure that you know where those devices are, that they’re charged correctly, that they’re stored correctly,” Levtchenko says. “Having that kind of plan in place before you go at this or while you’re going out this is really important.”