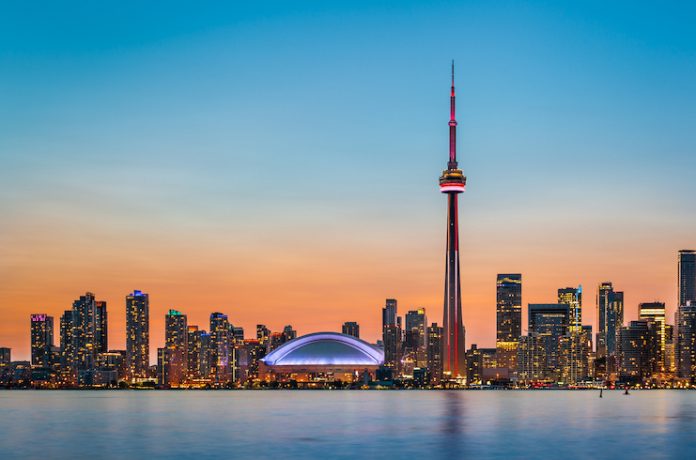 PORTSMOUTH, New Hampshire—Analysts at Lodging Econometrics (LE) report that, in the third quarter of 2021, Canada’s hotel construction pipeline stands at 257 projects/34,167 rooms. Pipeline projects declined slightly at the close of Q3 2021, down 7 percent by projects and 5 percent by rooms year-over-year (YOY).

A recent statement from the Bank of Canada forecasts increased inflation rates through the end of the year, averaging around 4.75 percent. In 2022, it is forecasted to be around 3.4 percent before reverting back to its original target of 2.0 percent by 2023. Even with this increase, developers are optimistic and continue to push projects from the drawing board into the permitting and early planning stage.

Markets with the most projects in the pipeline are Toronto with 65 projects/9,123 rooms, at a record high, and claiming 27 percent of all the rooms in Canada’s construction pipeline. Following distantly are Montreal with 14 projects/2,090 rooms and Niagara Falls with 12 projects/1,885 rooms. These three cities combined account for 35 percent of the rooms in the total pipeline.

The top franchise companies in Canada’s construction pipeline are Marriott International, at an all-time high project count, with 68 projects/8,460 rooms, followed closely by Hilton Worldwide with a record 66 projects/7,660 rooms, and then InterContinental Hotel Group (IHG) with 43 projects/4,357 rooms. These three companies make up 69 percent of projects in the country’s total construction pipeline.

The top brands in the country’s pipeline at Q3 close are Hampton by Hilton with 28 projects/3,137 rooms and reaching a cyclical peak, IHG’s Holiday Inn Express with 23 projects/2,413 rooms, and Home2 Suites by Hilton with record highs of 16 projects/1,703 rooms. Other notable brands in Canada’s pipeline are Marriott’s TownePlace Suites with a peak project count of 16 projects, accounting for 1,688 rooms, as well as Marriott’s Fairfield Inn with 15 projects/1,428 rooms.

Advice Anthony Melchiorri - August 16, 2022
How do you balance self-care when you have limited staffing or resources at work? Maintaining consistent standards is not easy. It separates five-star from four-star...