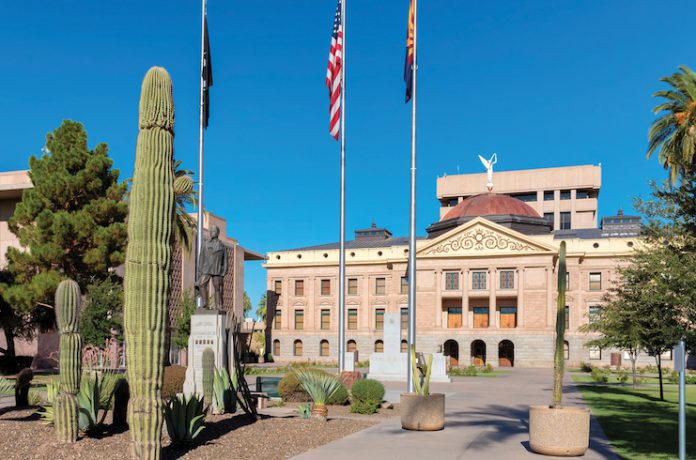 As part of its new five-year strategic plan, AHLA continues to increase investment in and emphasis on state and local government affairs and advocacy and to increase our ability to support our State Lodging Associations (SLA).

Since launching the American Hospitality Alliance and tripling the size of our State and Local Government Affairs team last year, we have continued to expand and strengthen our partnerships with state and local lodging associations. This ensures hoteliers and hotel employees have a voice in the debate and a seat at the table when it comes to important state and local policy decisions.

At the peak in February, 46 state legislatures were in session, and AHLA’s State and Local Government Affairs team has been engaging across the country on key legislative battles—from onerous local labor mandates and illegal short-term rentals to travel promotion for recovering markets. Legislation in several states has centered around short-term rentals, with some efforts seeking to ensure alternative accommodations adhere to the same regulatory, zoning, and tax standards that apply to hotels. Other legislation focused on shielding short-term rentals from regulation. In conjunction with our SLAs, here is what AHLA is doing regarding these efforts: In Arizona, the state Senate continues to advance SB 1168, legislation that aims to strike a balance among many proposals to regulate short-term rentals, impose civil penalties, and prevent short-term rental hosts who receive multiple violations from operating.

The Florida Legislature is set to adjourn without passing HB 325 and SB 512, legislation that would have limited the authority of local governments to regulate short-term rentals. This year’s legislation took positive steps in adding some state oversight in exchange for limited local authority. AHLA and the Florida Restaurant & Lodging Association will work to build support for stronger legislation ahead of the 2023 session.

In close coordination with the Michigan Restaurant & Lodging Association, AHLA prevented the enactment of legislation that would limit local government enforcement powers on short-term rentals without any state oversight in exchange.

New York Governor Kathy Hochul has included in her budget proposal new provisions that would require any vacation rental platform to be responsible for collecting and remitting state and local sales taxes, including the New York City hotel unit fee.

In Virginia, HB 1362 would have allowed short-term rental properties to operate unregulated in localities that did not have short-term rental-specific ordinances in place. The Senate Local Government Committee voted to continue the bill to 2023, meaning it will not advance this year.

Our team is also working closely with state association members to oppose bills in Georgia, New Hampshire, Ohio, South Carolina, Tennessee, and Virginia that would exacerbate the tax and regulatory imbalance between hotels and short-term rentals by removing local oversight.

Meanwhile, in Georgia, AHLA and the Georgia Hotel & Lodging Association scored a massive victory in passing Senate Bill 331 through the Senate. It prevents local governments from creating a patchwork of inconsistent local labor mandates that would hinder the hotel industry’s pandemic recovery. Specifically, it would ensure private employee work hours, scheduling, and output are only regulated by state and federal authorities. As of this writing, the bill was before the House for consideration.

In Hawaii, after hearing testimony from AHLA and state association members Hawaii Hotel Alliance and Hawaii Lodging & Tourism Association, a state Senate committee removed provisions from Senate Bill 1065 SD1 that would have reduced the Hawaii Tourism Authority’s resources and inhibited its ability to execute unified and consistent tourism marketing plans for the state. The amended bill then passed unanimously, marking a significant win for the state’s hoteliers and tourism industry.

These are just a few examples of how AHLA and our state and local association members are working to advance your interests and achieve our policy goals in statehouses across the country. None of this would be possible without the ongoing support and advocacy engagement of members like you. Together, we will continue making our voices heard and moving our industry forward.