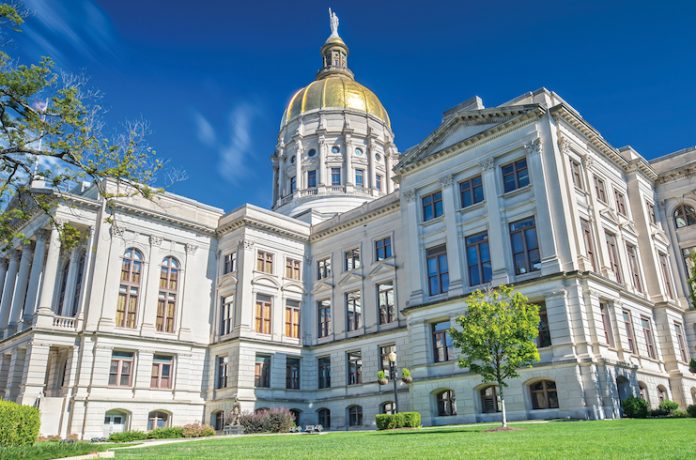 Legislation passed in one state or locality—positive or negative—can have a ripple effect throughout the country.

That’s why the American Hotel & Lodging Association has invested heavily in expanding its state and local government affairs team and strengthening our relationships with state and local association members. To that end, in just the last year, we’ve launched the American Hospitality Alliance and tripled the size of AHLA’s state and local government affairs team. We want to ensure that our members have a more powerful voice at all levels of government and that we are creating the most favorable environment possible for your business to grow and thrive. It’s also why we are pleased to share a major victory for our industry in Georgia—one that will have reverberations throughout the country. The Georgia legislature recently passed and Governor Brian Kemp signed SB 331, the “Protecting Georgia Businesses and Workers Act.” This legislation will ensure private employee work hours, scheduling, and output are only regulated at the state or federal level.

Thanks to the leadership of state Sen. John Albers, the new law will prevent local governments in the Peach State from establishing a patchwork of inconsistent labor mandates that would hinder the industry’s pandemic recovery and threaten Georgia hotel jobs.

This is a huge win for hoteliers because it will protect Georgia from an unfortunate trend we’ve seen in other states where labor-friendly lawmakers—typically in cities with near one-party rule—have mandated hotel labor policies that unions had been unable to achieve through normal collective-bargaining negotiations. We’ve already seen this in cities such as Santa Monica and West Hollywood, California, and New York, all of which recently passed hotel labor ordinances that mandated union priorities that would drastically increase hotel labor costs.

But thanks to the “Protecting Georgia Businesses and Workers Act,” this won’t be an issue in Georgia.

This victory sends a strong message to other states and localities that our industry will fight back against onerous labor mandates that hurt hotel small businesses and their employees and undermine pandemic recovery. Support from AHLA members like you is crucial to achieving important advocacy wins like this. And you can help us keep up the momentum by signing up for AHLA’s grassroots network HotelsACT at ahla.com/hotelsact.