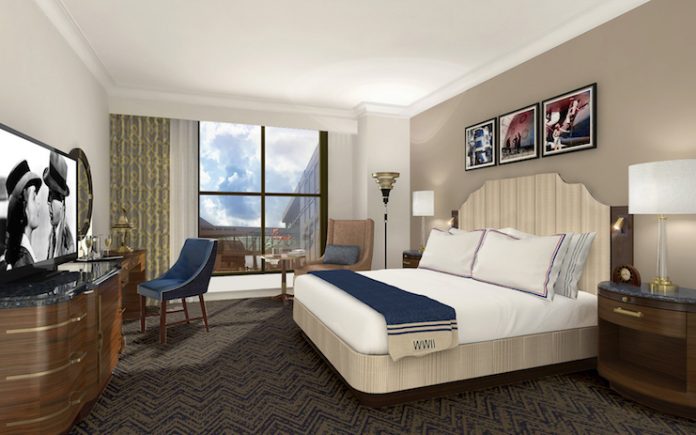 CHICAGO – The Higgins Hotel & Conference Center, located in New Orleans’ Arts & Warehouse District, is the latest property to launch in Hostmark Hospitality Group’s portfolio. The 230-room boutique hotel, part of the Curio Collection by Hilton, is across the street from the National WWII Museum.

The hotel has an art deco design with guestrooms including era-inspired crafted furniture. Specialty suites pay homage to past presidents, as well as I-tablets and Victrola record players. A first-floor executive lounge houses Gen. George Patton’s grand piano next to state-of-the-art electronics for watching live events at the museum. Black and white photographs depicting aspects of the war and New Orleans in the 1940s are throughout the hotel.

The name of the hotel reflects the contributions of New Orleans’ shipbuilder, Andrew Higgins, who designed and built more than 20,000 Higgins Boats, which were used in every major amphibious assault of World War II, including the D-Day invasion of Normandy in 1944. A portrait of Higgins hangs in the hotel lobby along with blueprints of the vessels he built.

“For the last three years, our team at Hostmark has been consulting and advising the National WWII Museum development group via a technical service agreement,” said Ron Vlasic, CHA, COO, Hostmark Hospitality Group. “The hotel offers guests a truly unique experience, including the opportunity to share the story of a loved one’s service in WWII by underwriting a guestroom. We’re proud of the fact that the hotel supports the museum educationally and financially to help in its mission of sharing the story of America’s involvement in the war.” 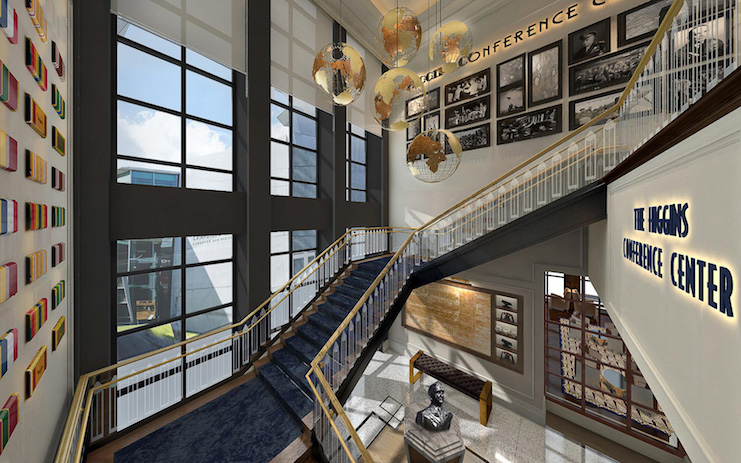 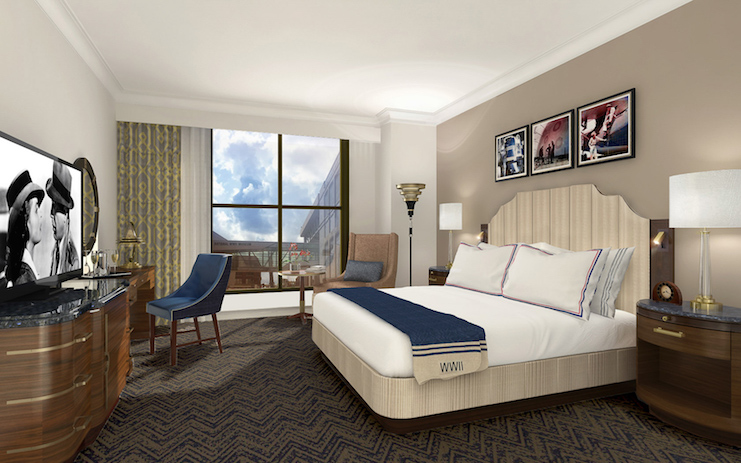 Guests have four era-inspired dining options, including The Higgins’ signature restaurant, Cafe Normandie, which offers French-influenced fare; Kilroy’s lobby bar, named after the iconic wartime cartoon character and featuring cocktails and bar bites with a Southern twist; Rosie’s on the Roof, which honors women who volunteered for wartime service and offers views of the city skyline; and Provisions’ lobby marketplace, which has grab-and-go house-made treats.

The property also has more than 18,000 square feet of high-tech meeting and event space. Amenities include 14 meeting spaces that can be configured to exact specifications, professional meeting and event planning, full onsite catering, advanced audio/visual technology, and customized décor options.