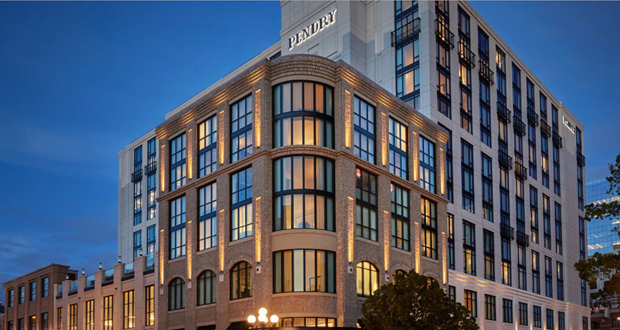 Located in downtown San Diego’s historic Gaslamp Quarter, Pendry San Diego is a 317-room asset with a rooftop pool, a spa, six restaurants and bars, and 35,000 square feet of high-end meeting and event space. The property opened in February 2017.

George Smith Partners garnered interest from numerous financing providers, and the sponsor ultimately selected a seasoned lender who has a deep understanding of the hospitality industry as the financier of the new $85 million loan.

“The lender understood the strength in the asset, the strong capabilities of the sponsor, and market demand of both business and leisure travelers who will frequent the property over the coming years,” Davies explains.

“This is an incredible property that brings a fresh option to the San Diego community,” Davies remarks. “We are continually impressed by the developer and owner, The Robert Green Company; owner Montage Hotels & Resorts; and owner, Dan Kloiber, all of whom have worked tirelessly to bring this stunning destination to fruition.”

Pendry San Diego is in close proximity to the San Diego Convention Center and Petco Park. The property is located at 550 J Street in San Diego, California.

Dream Hotel Group Is Bringing its Lifestyle Brand to the Las...