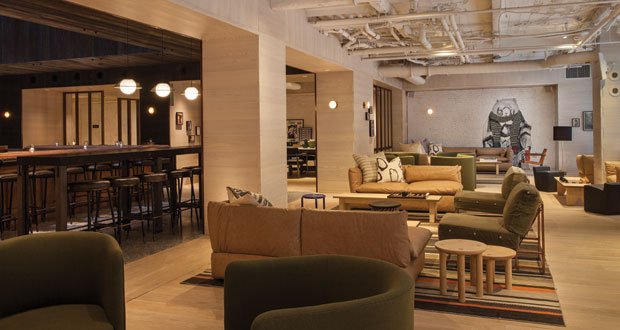 The hotel industry is defined by its movers and shakers. Whether someone introduces an industry-disrupting technology or just executes a truly flawless renovation, those are the hoteliers and properties that people will remember. Here, LODGING turns the spotlight on some of 2017’s newest innovative properties. 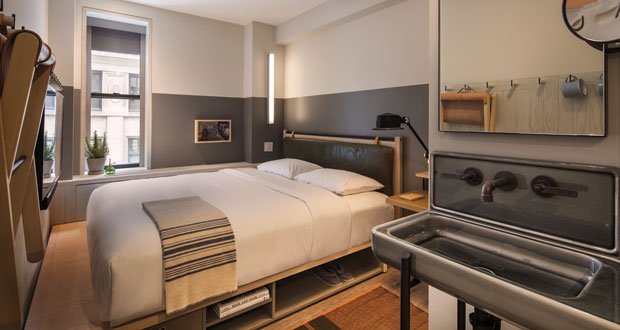 Since its debut in Europe in 2014, Marriott’s lifestyle brand, Moxy, has been a disruptor in the hotel industry. Cheeky and a little risqué, Moxy has made waves with its provocative and playful advertising campaigns and branding, and has attracted developers looking to branch out from more traditional hotels. In October of this year, the first Moxy property in New York City opened its doors to the traveling public. The Moxy Times Square, which is also just the third Moxy to open in the United States, is a massive property with 612 guest-rooms, 22,000 square feet of meeting space, and a wealth of F&B and recreational offerings for guests.

“Bringing this brand to New York is obviously huge for us,” says Toni Stoeckl, global brand leader of lifestyle brands at Marriott International. “And at the end of the day, when you look at the hotel, the location, and everything that’s happening inside, it’s just breathtaking.”

The guestrooms—which range from king suites to quad rooms with bunk beds—have unique designs that focus on functionality with foldaway furniture and open pegboard closets.

The lobby is both a place for guests to check in and grab a drink. Called Bar Moxy, the space is centered around a large, copper-wrapped bar, which gets lots of natural light from a triple-height atrium skylight. From there, the lobby has a few different spaces. On one side of the bar are flexible seating areas that allow guests to work during the day and socialize in the evenings, and on the other side are three “studios” that can be used for meetings, events, or private parties. There’s also a 24-hour grab-and-go space called “The Pick Up.” “Self-service is sometimes the best service,” notes Stoeckl. “So having a great grab-and-go option was vital for our customers.”

Stoeckl adds that Moxy customers are mainly in the millennial age bracket. “With a brand like this, we can’t be something to everyone. You have to be everything to someone, and we know who our someone is.”

Beyond the guestrooms and lobby, the Moxy Times Square also has New York City’s largest all-season rooftop bar and lounge, Magic Hour. Magic Hour has an amusement park concept, with guests entering through a dark lobby with a prominently placed funhouse mirror. Beyond, there is a small interior lounge, as well as two separate outdoor areas. There’s also Foreplay, a miniature putt-putt golf course designed by restaurant and nightlife company TAO Group. Instead of traditional mini-golf obstacles, the course shows follies of enormous animals in compromising positions. The rooftop space also includes a small carousel.

“The playfulness of this brand is how it comes to life,” says Stoeckl. “We’ve turned a traditional hotel on its head and really challenged existing paradigms, which is so important for us. We hold ourselves accountable for providing a different and exciting experience for travelers. We’ve got to, with a brand name like Moxy.” 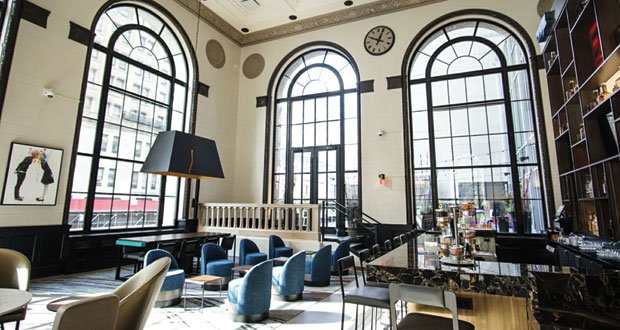 Aloft Philadelphia Downtown lies in the former Liberty Title & Trust Building in the heart of Philly’s bustling Center City District. The property’s 179 loft-inspired rooms each have a unique layout, nine-foot ceilings, and distinct floor-to-ceiling windows. Its W XYZ bar boasts a menu inspired by local favorites and hosts live concerts as part of the Live at Aloft Hotels music tour. Each month, W XYZ also offers special food and beverage items, donating a portion of revenue to charity. The hotel’s terrace has a fire pit and outdoor bar to enjoy both day and night. HRI Properties, LLC, in partnership with Realen Properties, oversaw redevelopment of the historic Liberty Title & Trust Building into the hotel. The interior renovations were spearheaded by design firm Stonehill Taylor with Philadelphia-based firms Blackney Hayes Architects serving as the project architect and Powers & Company serving as the historic consultant. 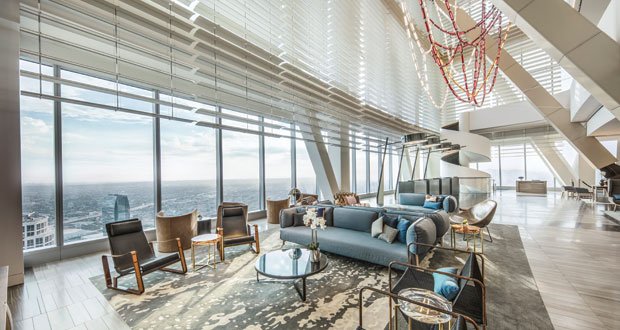 Located in one of the tallest buildings in the western Americas, the InterContinental Los Angeles Downtown opened in June. This flagship property has 889 guest-rooms, including 109 suites, between the 31st and 73rd floors of the tallest building in Los Angeles, The Wilshire Grand Center. Suites include floor-to-ceiling windows with views of the L.A. skyline. A grand ballroom, 33 meeting rooms, and indoor/outdoor banquet space can accommodate both business meetings and weddings. Five F&B venues vary in style and offerings—guests can be served either sushi on a conveyer belt paired with Japanese whiskey or global delicacies and Neapolitan pizzas. An indoor/outdoor lounge offers fire pits, trendy cocktails, and a three-story light sculpture depicting L.A.’s city streets. 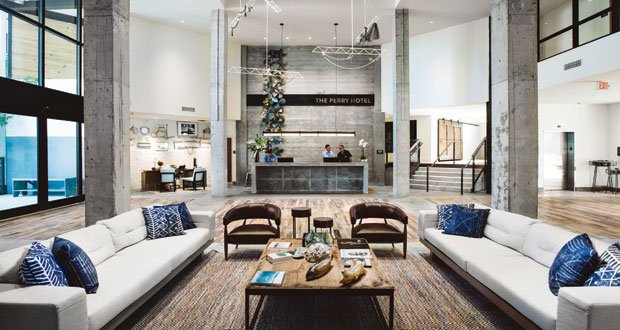 Named after Matthew C. Perry, who founded Key West when he declared the area an American territory in 1822, the Perry Hotel Key West at Stock Island Marina is designed to provide an authentic Key West beach-front vacation. Within the hotel resides Stock Island Arts & Provisions, which serves as a gallery for local artists to show their work and as a shop. Additionally, an on-site distillery and two restaurants serve seafood caught in the waters behind the hotel. Each of the 100 rooms has a private terrace and floor-to-ceiling windows. The Perry Hotel Key West also provides plenty of excursions, including paddle boarding, snorkeling, and yachting to Cuba. 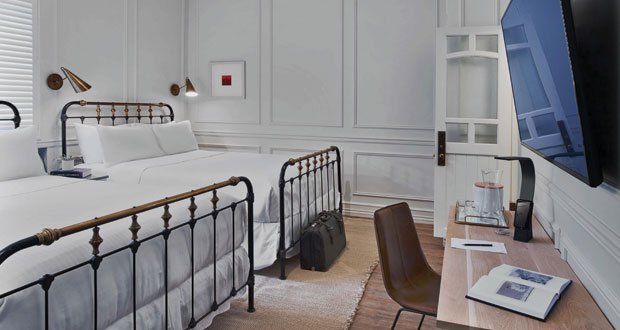 In April, Manhattan’s NoMad neighborhood welcomed the Life Hotel to the heart of the original LIFE magazine building. Highlighting both writers and artists alike, the redesigned structure retains details from the building’s original architecture, such as high ceilings and the original molding. The 200 pieces of unique artwork curated specifically for the guestrooms reflect upcoming local talent as well as established artists from around the world. In terms of F&B, an 18-seat stone bar offers guests wine and beer during the mid-afternoon, and opens to the public at night, becoming a full-service bar specializing in small plates and cocktails. In the basement, a themed bar is a nod to the writers and artists from LIFE magazine who were said to use the space as a speakeasy during the prohibition period.

Aurora Inn: Restoring a Property to its Original Beauty

The 450+ Hotel Woman: Alexandra Jaritz of Tru by Hilton

A Closer Look at Three of 2017’s Biggest Hospitality Deals