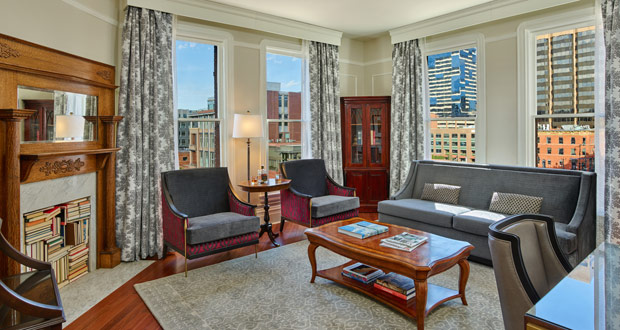 DENVER–The Oxford Hotel, a historic property in the heart of Denver’s LoDo district, recently completed a major renovation designed to celebrate the hotel’s rich past while enhancing the authentic urban experience sought by today’s modern travelers.

The refresh included updating the hotel’s lobby and 80 guestrooms with a lighter and brighter overall design, featuring fresh white and gray tones complemented by pops of vibrant blue and rich emerald green. The original antique pieces in the guestrooms have been mixed with contemporary pieces along with new drapes, bedding, and light fixtures.

The Oxford’s 10,000 square feet of meeting and event space has new carpet, lighting, wall coverings, and furniture. A popular destination for Denver urban weddings and corporate events, The Oxford offers three ballroom spaces including the Grand Ballroom and Oxford Theater, which are both housed in a restored carriage house next to the hotel and have capacities of up to 240 people, along with the Sage Room, which has large windows overlooking 17th Street and can host up to 100 people for a cocktail reception.

The Oxford Club, Spa & Salon—the hotel’s full-service day spa, hair salon, and fitness center—upgraded its locker rooms and treatment rooms as part of the renovation. The Club offers an array of fitness equipment for resistance training and cardiovascular health, as well as a studio for Pilates, Yoga, and additional group classes. 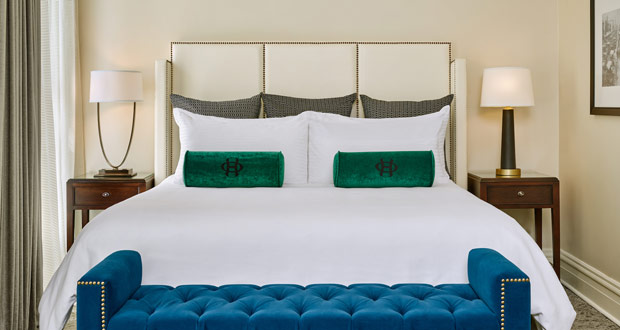 The Oxford is also home to Denver’s Art Deco martini bar, the Cruise Room. Modeled after a bar in the Queen Mary, the Cruise Room was the first Denver bar to open after Prohibition was repealed in 1933. Guests of The Oxford can enjoy the hotel’s complimentary Bourbon Hour offered twice nightly, where Denver’s Laws Whiskey and other local artisanal spirits are poured.

Originally opened in 1891, the hotel is listed on the National Register of Historic Places. Its collection of classic Western art has been revived and re-hung with new frames selected by Denver’s NINE dot ARTS. The Oxford recently earned a Four Diamond rating from AAA and was named one of the “Top Hotels in Colorado” on the 2017 Conde Nast Traveler Readers’ Choice Awards.