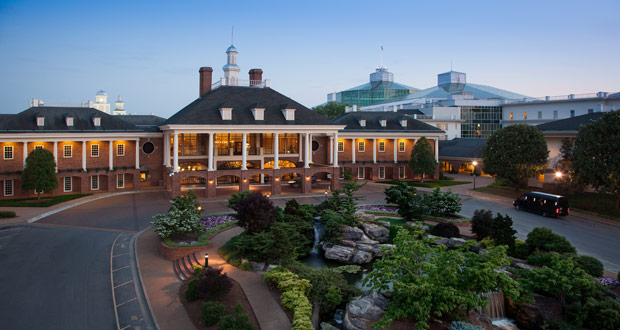 Cvent, Inc.—a meetings, events, and hospitality technology company—this week released its annual lists of Top Meeting Hotels for meetings and events worldwide. The top venues are sorted geographically, and rankings are based on each hotel’s group business performance. The list was compiled by analyzing meeting and event booking activity through the Cvent Supplier Network, which sourced more than $14.7 billion and more than 40 million room nights in 2017, helping to support more than 715,000 events worldwide.

Due to increased demand and buyer preferences, Cvent expanded its list categories to include sub-lists based on commonly searched attributes including property type, conference space size, and region-specific locales. These lists will be announced over the coming weeks.

“With industry research showing the current global value of the meetings and events industry at more than $750 billion and growing substantially, there is huge potential for hotels across the globe to capitalize on group business opportunities,” Bharet Malhotra, senior vice president of sales for Cvent’s Hospitality Cloud, says. “In response to this massive demand and supply growth, we have seen hotels continue to enhance their group marketing efforts and offerings as they look to attract top conferences and events to their venues.”

“There are quite a few noticeable shifts in our Top Meeting Hotels lists, emphasizing a robust, growing marketplace,” Chris McAndrews, vice president of marketing for Cvent’s Hospitality Cloud, adds. “Hotels cannot rest on their laurels if they want to attract more group business in the years ahead.”

In the United States, the Gaylord Opryland Resort & Convention Center in Nashville retained its number one position on Cvent’s list. “Being recognized as the highest-ranking hotel two years in a row is a testament to our incredibly talented team,” John Adams, general manager of the property, says. “Their drive and passion for providing memorable experiences has cemented Nashville’s status as a meeting destination.”

Two new properties broke into the top 10 this year—Hilton Anatole in Dallas (ranked fifth) and The Westin Peachtree Plaza in Atlanta (ranked 10th). Newcomers to the top 100 list include: InterContinental Miami; Fairmont Austin; New York Hilton Midtown; The Broadmoor, Colorado; and The Phoenician, Scottsdale, to name a few. Marriott, Hilton, and Hyatt are the top three hotel chains represented on the Top 100 list, respectively.

Cvent evaluated hotel properties that generated business through the Cvent Supplier Network from January 2017 through December 2017. The properties were ranked according to various criteria, including total requests for proposals (RFPs), awarded RFPs, total room nights, awarded room nights, major metropolitan area market share, conversion rate, and the hotel’s unique profile visits in the Cvent Supplier Network. The criteria are designed to provide the most accurate reflection of the top meeting hotels in the United States, Europe, the Middle East and Africa, and the Asia Pacific regions.