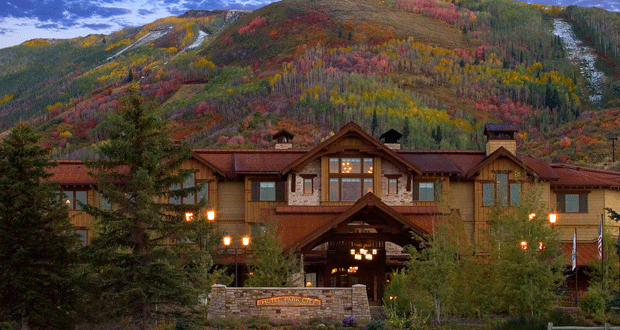 PARK CITY, Utah—An Associate Partner of the Sundance Institute and 2017 Sundance Film Festival, Autograph Collection Hotels continues to celebrate the launch of its Independent Film Initiative, a program designed to shine a light on the vision and craft of today’s most-talented in independent film, in partnership with Franklin Leonard, founder and CEO of The Black List, and digital entertainment distributor FilmBuff. Together with a shared passion for that which is “exactly like nothing else,” the brands have created a platform that champions these storytellers with networking events, writing workshops, a dedicated indie film channel available for hotel guests, and a screenwriter-in-residence program—rolling out throughout 2017.

Reinforcing the brand’s commitment to the industry and celebrating this initiative, Autograph Collection Hotels will introduce “The Retreat”—an intimate space offering actors, directors, screenwriters, moviemakers, and festivalgoers a moment of respite from the hustle and bustle of Sundance. Thoughtfully designed to inspire, The Retreat will host a series of exclusive events with indie film trailblazers, including Maven Pictures, Killer Films, and Blumhouse.

This marks the second year Autograph Collection Hotels has had a presence at the Sundance Film Festival, previously hosting events with Variety.

Following the always-anticipated release of the Annual Black List, which culls the most coveted unproduced scripts in Hollywood, Franklin Leonard will join Amanda Altree, VP of marketing for Autograph Collection Hotels, to finalize the list of candidates to be selected for the screenwriter retreat program. These four screenwriters, who express diversity, individuality, and an independent spirit, will be invited to take residence at any of the brand’s 100 distinctive one-of-a-kind hotels around the world, allowing them time to find inspiration for their next project. Participating screenwriters will be announced following the festival.

Open daily from Jan. 19 through Jan. 23 upon invitation only, The Retreat will offer guests complimentary F&B throughout the day including hot cocoa, a s’mores station and a full bar highlighting signature Autograph Collection craft cocktails. An interactive screenwriter’s wall creates an Insta-worthy experience, honoring celebrated works by indie film screenwriters. The residential winter lodge also features a communal workspace and more private lounge pods, with ample plug-ins to charge as well as hospitality essentials encouraging guests to recharge. An Antler photo booth and winter-weather swag will be available.

Guests can also take advantage of the complimentary shuttle service.

Independent film is an art form that shares Autograph Collection Hotels’ goals of championing individuality and diversity. Autograph Collection’s hotels are chosen based on four curatorial principles, which are also common characteristics among the brand’s independent film partners: a personal realization of an individual founder’s vision; unique, heartfelt design; mark of craft; and sense of place. Each principle is reflected in the brand’s Sundance activations outlined below: