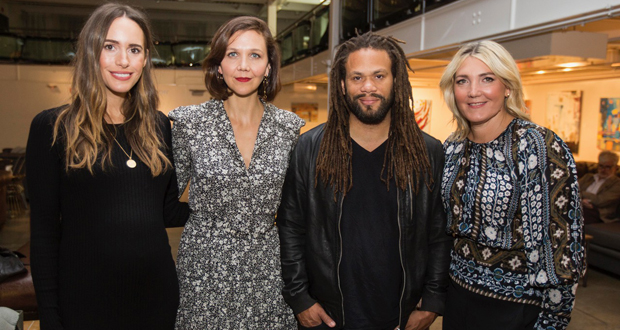 Autograph Collection Hotels hosted its first film screening at Boston’s Envoy Hotel on Sept. 19 as part of the brand’s Indie Film Project. The event included a pre-released viewing of Gemini, a neo-noir mystery thriller written and directed by Aaron Katz and starring Lola Kirke, Zoë Kravitz, and John Cho. The film will be released in movie theaters across the U.S. in Spring 2018.

The Indie Film Project is a platform created by Autograph Collection Hotels that celebrates the vision and craft of today’s most-talented screenwriters, filmmakers, and distributors working in independent film. In support of the Indie Film Project, the brand has partnered with writer and filmmaker network The Black List as well as FilmBuff, the indie label from digital content studio Gun Powder & Sky.

Those attending the event included Maggie Gyllenhaal, known for her recent role in the series The Deuce; Franklin Leonard, founder of The Black List; Louise Roe, a television host, author, fashion journalist, and stylist; Amanda Altree, senior director of brand marketing for Marriott’s Autograph Collection Hotels; and Janet Brown, CEO of FilmBuff, among others.

The event also marked the debut of the brand’s dedicated digital film channel that streams a curated selection of indie films at its hotels across the U.S. and Canada. The films are selected to resonate with the passions of the brand’s guests, including art, culture, cuisine, design, and travel. Guests will now be able to access a library of critically-acclaimed indie films by connecting to the hotel’s Wi-Fi and logging in via their laptop, tablet, smartphone, or other device.

Additional film screenings for the Indie Film Project are planned for The Adolphus Hotel’s rooftop in Dallas, Texas, in November and poolside at The Camby Hotel in Phoenix, Ariz., in February 2018.