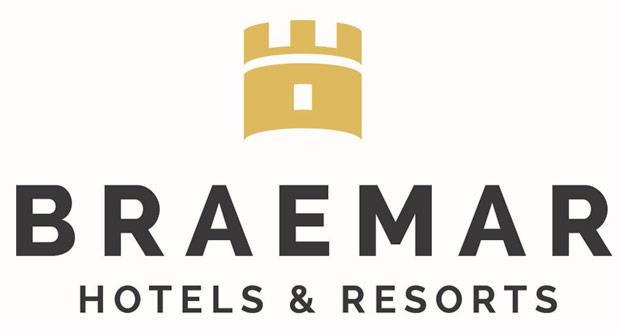 DALLAS—Ashford Hospitality Prime, Inc. today announced that it will change its name to Braemar Hotels & Resorts, Inc., trading under the New York Stock Exchange ticker symbol BHR, effective before the market opens on April 24, 2018. The REIT says that the name change is part of its strategy to focus exclusively on owning luxury hotels and capitalize on the long-term performance of the segment.

Since announcing its revised strategy to focus on luxury hotels in early 2017, the newly named Braemar Hotels & Resorts has made progress in rationalizing its non-core portfolio and announced the acquisition of three world-class luxury hotels: The Hotel Yountville in Napa Valley, California; The Park Hyatt in Beaver Creek, Colorado; and The Ritz-Carlton in Sarasota, Florida. Braemar says that it currently has the highest portfolio RevPAR of any publicly traded lodging REIT, and thus has the highest quality hotel portfolio in the public markets.

“We are excited to introduce Braemar Hotels & Resorts to further reflect our strategy to focus exclusively on the luxury segment,” Richard Stockton, president and CEO of Braemar, says. “This rebranding marks an important step to better differentiate ourselves as a high-RevPAR lodging REIT and aligns with our mission to continue to maximize shareholder value.”

The name “Braemar” pays homage to the Braemar Castle in Scotland and reinforces Braemar’s relationship with the Ashford group of companies, as the name “Ashford” was originally selected based on a castle in Ireland. The company adds that the Braemar Castle signifies luxury, strength, and stability to highlight its continued commitment to serve as the protector of capital for its shareholders and dedication to maximizing shareholder value.

Operating under the new stock ticker BHR, Braemar will continue to be externally-advised by Ashford Inc. (NYSE American: AINC) and will maintain a relationship with the Ashford group of companies. On April 24, 2018, the company will be launching a new website and will release its earnings release for the first quarter of 2018 after the market closes on Wednesday, May 2, 2018.