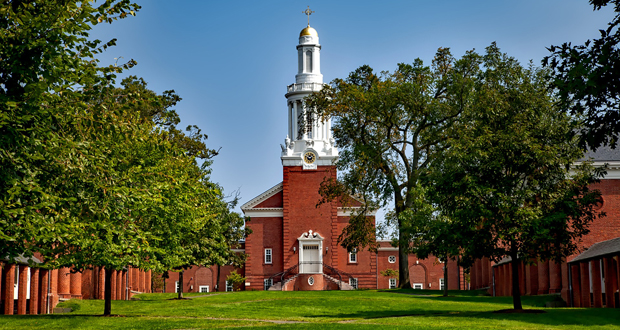 AJ Capital Partners announced that it has acquired Hotel Duncan in New Haven, Conn. In Spring 2018, the hotel will close for renovation and reopen in early 2019 as the Graduate New Haven. Following the renovation, the five-story hotel will have 72 rooms, a game room, lobby coffee shop, and subterranean restaurant. Located on Chapel Street adjacent to Yale University’s campus, the hotel is easily accessible to the campus and downtown New Haven’s numerous bars, restaurants, and boutiques. The hotel is also a short walk to Yale New Haven Hospital.

Graduate Hotels are a curated collection of hotels in university-anchored cities across the country. Every property celebrates and commemorates the optimistic energy of its community while offering an extended retreat. Locations include Ann Arbor, Mi.; Athens, Ga.; Berkeley, Ca.; Charlottesville, Va.; Lincoln, Ne.; Madison, Wi.; Oxford, Ms.; Richmond, Va., and Tempe, Az., as well as Bloomington, In.; Iowa City, Ia.; Minneapolis, Mn.; Seattle, Wa.; and New York City’s Roosevelt Island as part of the Cornell Tech campus are scheduled to open in 2018 and 2019.

“We are thrilled to announce the acquisition of the Hotel Duncan,” says Tim Franzen, president of Graduate Hotels. “Built in 1894, the hotel has been a prominent fixture in the New Haven community. We look forward to celebrating some of the hotel’s treasured history, restoring and reintroducing the community to parts of the hotel that have been lost over time, and bringing Graduate Hotels to New Haven. We are truly honored to be stewards of this precious gem for many, many years to come.”

The hotel’s renovation will affect all guestrooms, common areas, and the lobby while preserving its manually operated elevator–the oldest in the state.

ABOUT US
LODGING is the Official Publication of the American Hotel & Lodging Association (AHLA)
FOLLOW US
© Copyright 2019, Lodging Media, All Rights Reserved.
MORE STORIES
Technology