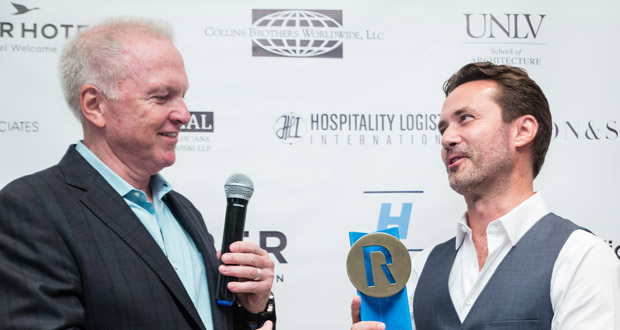 On Wednesday, October 4, the 11th annual Radical Innovation Award ceremony took place at the New Museum in New York City. Over 150 guests—including professionals in hospitality, finance, design, branding, and development—gathered for the occasion. A record five hospitality concepts were presented live on stage from three professional finalists—Vertical Micro-Climate Resort, Play Design Hotel, and Living the Till—in addition to two student honorees, Hyperloop Hotel and Garden House. Finalists were chosen from more than 65 international entries based on the creativity and feasibility of their proposals. In a live vote determined by the audience members, Living the Till by EoA Inc. became the recipient of this year’s $10,000 grand prize.

About Living the Till

A unique treetop hotel resort concept, Living the Till, allows for seasonal inhabitation in remote areas, such as the stunning and perfectly preserved forests of Ecuador, Malaysia, Borneo, the Amazon, California, Australia, or Japan. The concept was inspired by the air plant Tillandsia, which lives in harmony with a host tree. Conceived as a temporary nomadic structure, the Till can be assembled and taken down in pristine, coveted areas by a small team of climbers with simple tools without impacting the environment during the process or duration of a guest’s stay. Ultimately, the Till is for people who passionately embrace nature. The resort would include all that camping has to offer but on a hovering, transparent magic carpet. The experience can be as naturally engaging, individually peaceful, or as communally thrilling as the individual guest desires.

“This project was perhaps the most serene of entries—the escape it provides is both rare and welcomed in the fast-paced modern world,” says John Hardy, CEO/President of The John Hardy Group and Founder of Radical Innovation. “Living the Till is the perfect antidote to city dwelling.”