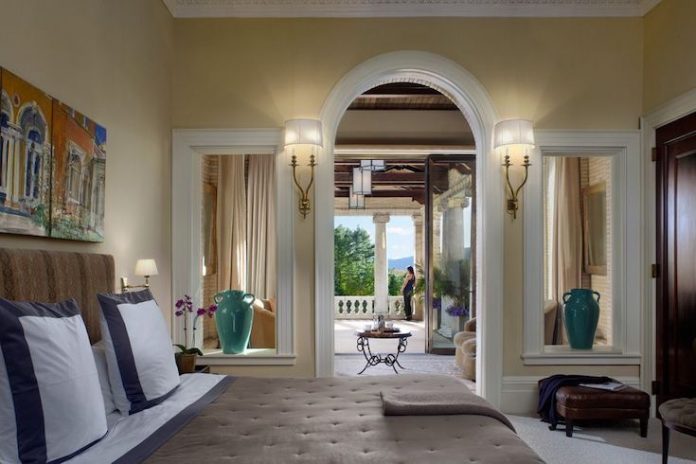 LENOX, Massachusetts — In November 2020, Life House assumed management of the historic Forbes Five-Star Wheatleigh Hotel and its AAA Five-Diamond restaurant in the  Berkshires. Since taking over management in November, Life House has increased RevPAR by 76 percent over the prior operator’s “Pre-COVID” performance, decreased operating expenses by 32 percent on an apples-to-apples basis, and simultaneously increased guest satisfaction scores — demonstrating that Life House’s technology and operating systems are able to provide great hospitality, not only automate costs.

The Wheatleigh is on 22 acres of countryside originally built in 1893 by Henry H. Cook as a wedding present for his daughter, Georgie, who married Carlos de Heredia, a Spanish Count. Cook was a New York financier and descendant of Captain Thomas Cook, founder of Portsmouth, R.I., and the son of Constant Cook, who helped build the Erie Railroad. Wheatleigh was designed by Boston architectural firm Peabody and Stearns based on a 16th century Florentine palazzo, with materials and over 150 artisans brought from Italy to accomplish the intricate carvings featured on both the interior and exterior of the property. Frederick Law Olmsted, the landscape architect who designed Central Park in New York, was responsible for creating “Wheatleigh Park” on the land surrounding the palazzo, which has been maintained ever since.

In addition its performance metrics, Life House is generating 72 percent of Wheatleigh bookings directly on its website at a marketing cost of 1.26 percent (compared to an OTA commission of nearly 20 percent). “We have been building an operational system that empowers world class hospitality, not only the automation of costs, which is not easily understood when people hear about a tech-enabled operator,” says Life House founder and CEO Rami Zeidan. “While we have automated back-office functions, we also have built software that empowers our guest-facing staff to be great at their jobs with minimal training —and we’re excited to see how that’s translated to better guest reviews and great profitability at Wheatleigh.”

Wheatleigh has become a destination for food lovers. Portico, the on-property restaurant, is an ode to modern French gastronomy offering a menu inspired by the changing seasons of New England and the wide variety of locally-sourced products. Diners are invited to enjoy a sophisticated culinary experience in a glass-enclosed colonnade with views of the Berkshires Mountains.

This announcement represents Life House’s seventh hotel in New England, joining a growing family of historically-significant hotels in the region, which include Faraway and Life House in Nantucket, Ma., in addition to Kelley House in Martha’s Vineyard, Ma., among others. With multiple additional hotels under contract across the East Coast, Life House remains committed to supporting owners and investors throughout the region.

Rick Newton and David Gaston of Charleston-based Resort Capital Partners advised the long-time owner of the Wheatleigh on the selection of Life House as the hotel’s operator.