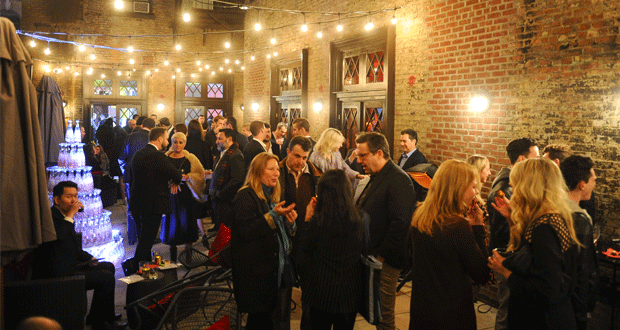 Following successful openings in Hollywood, Calif. and South Beach, Fla., the Manhattan debut marks the third and latest property from The Redbury brand, in collaboration with flagship Creative Director and world-renowned photographer and director Matthew Rolston. Since its phase one transformation in April 2016 to The Rebury New York, the hotel has undergone extensive design renovations for an immersive boutique hotel experience.

The Redbury brand launched in 2010 with its first location in Los Angeles, as a new hospitality category for sbe, led by visionary Founder and CEO Sam Nazarian. Developed by its Creative Director Matthew Rolston, its inspired design, with influences from the 1960’s era of pop music and bohemian counter-culture, includes handpicked hospitality amenities and a soulful, engaging environment that is sophisticated, yet comfortable and inviting.

Historical Significance
The hotel originally opened in 1903 as Martha Washington Hotel and was the first hotel in New York to provide housing for professional women. Although increasing numbers of women were joining the work force, residential options for single, working women at that time were extremely limited. The hotel continued to cater exclusively to women up until 1998. In 2012, the building was officially marked as a landmark site for its architectural and historical significance and is recognized today by Historic Hotels of America.

The hotel, located on 29th Street between Madison Avenue and Park Avenue South, is close to New York’s legendary center of music recording and publishing, known as ‘Tin Pan Alley,’ where the American music industry flourished during the late 19th century and early 20th century.

Rocking Influence and Design
Creative Director Matthew Rolston was the first to recognize the property’s location adjacent to New York’s historic Tin Pan Alley and dove deep into the city’s illustrious history as one of the birthplaces of American pop music and rock ‘n roll, incorporating elements of this narrative into the property’s 265 newly-renovated guest rooms and interiors. Rolston worked closely with Dakota Development and Avenue Interiors to incorporate funky patterns, motifs and visual accents throughout the property. Guests are transported to another era as they pass through The Redbury New York’s iconic red velvet opera curtain, black and white checkered flooring, and an enlarged original photograph of buildings at the heart of Tin Pan Alley, set behind the Host desk. Hues of red and green are woven throughout the property with whimsical paisley prints, oriental rugs, balanced with the charm of antique light fixtures and reclaimed furnishings. Curated vintage art selections by Rolston that reflect the iconic rock ‘n roll age of New York City are displayed throughout the public spaces and guest rooms.

Unprecedented Hospitality
The Redbury New York hosts pride themselves on exemplary hospitality, ensuring that each guest’s stay is memorable. Rather than the standard front desk and concierge service, guests of The Redbury New York are hosted for a more personalized experience, including touches such as handwritten notes, bespoke amenities or the simple remembrance of a favorite room. Complimentary coffee service and digital access to The New York Times and The Financial Times are available daily.

In addition, guests of The Redbury New York will have the unique ability to experience amenities in partnership with sbe’s SLS Park Avenue, set to debut in 2016. The close proximity allows for an elevated hospitality experience for guests, as well as dynamic venue options for special events and meetings.

Bar & Lounge
Bar Marta, the hotel bar and lounge, is located within the comfort of The Redbury’s cozy lobby. Bar Marta serves a range of sophisticated cocktails, craft beers, fine wines and an extensive champagne list, as well as the full Marta menu. Open Sunday through Thursday, 4:00PM to 12:00AM and Friday through Saturday 4:00PM to 1:00AM.

Brand Loyalty
sbe Hotel Group has brought The Redbury New York into membership with Preferred Hotels & Resorts, as the newest experience within the brand’s Lifestyle collection. As a member of the Preferred Hotels & Resorts Lifestyle collection, The Redbury New York will receive a combination of strategic sales, marketing, distribution, and technologies solutions. Travelers who visit the property will be eligible to enroll in the iPrefer guest loyalty program, which extends points redeemable for free nights and other expenditures, elite status, and special benefits such as complimentary Internet upon every eligible stay at more than 550 participating properties worldwide.