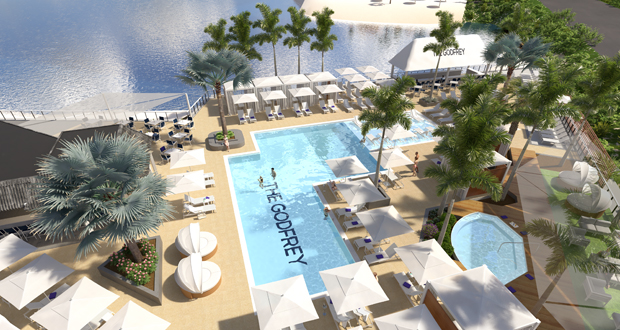 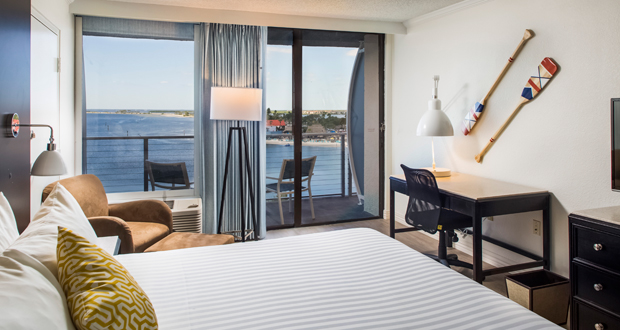 The repositioning also included a lobby renovation, including the addition of a café and wine bar, the reinvention of the resort’s waterside restaurant and bar, and exterior improvements. These design enhancements set the stage for Bay Harbor to join Oxford’s Godfrey brand as Tampa Bay’s newest lifestyle hotel. A complete reconstruction of the hotel’s pier paves the way for a reenvisioned beachfront–the final phase of the property’s transformation culminating in the spring of 2018 with the addition of a South Beach-style outdoor pool and cabanas lounge.

“We were initially drawn to the irreplaceable waterfront real estate with its beautiful views and sunsets,” says John W. Rutledge, founder, president, and CEO of Oxford Hotels & Resorts and its parent company, Oxford Capital Group. “We consider Tampa Bay and the greater Tampa Bay area to be one of the most dynamically growing areas in the country, thus, we felt this was a perfect choice for our first southern Godfrey. The Oxford team is excited to bring our vision to life with this distinctive lifestyle property, fully embracing the unique character of Tampa Bay.” 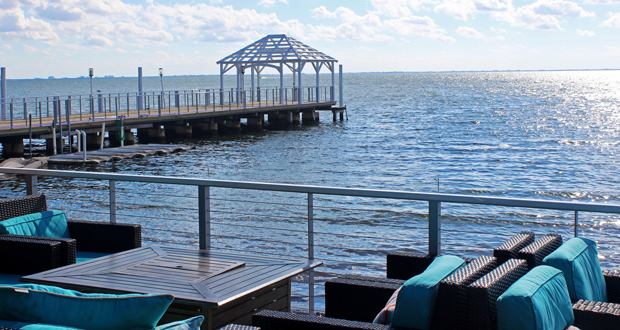 With Bay Harbor’s waterfront views and location on Tampa Bay, the hotel caught the attention of George M. Steinbrenner, former owner and managing partner of the New York Yankees, who owned the hotel as a spring training base for the major league team for more than 30 years. Although the hotel was sold to new ownership in 2005, under Steinbrenner’s management, the property was a well-known hangout for the Yankees and the Steinbrenner family, who hosted an annual Christmas party at the property.

Oxford’s Principals collaborated closely with global design firm The Gettys Group to bring Oxford’s vision to life for the Tampa Bay property, balancing tropical influences from the hotel’s location off of Tampa Bay’s coastline with the upscale Godfrey brand. Inspired by the sunset and bay, the Oxford-Gettys team used soft, neutral, and modern tones throughout the property’s design. The Godfrey’s lobby offers guests a lounge with relaxed furnishings, Italian tile, and nautical accents. New lounge seating, fireplaces, sumptuous cabanas, and a soft-blue façade enhance the waterfront-resort experience while creating a tranquil atmosphere for guests.

The lobby also has a new social table that doubles as a communal workstation with electrical outlets and a lounge for guests to relax with Buddy Brew Coffee, a local craft roaster, or another beverage from The Godfrey’s new lobby-level café and wine bar. 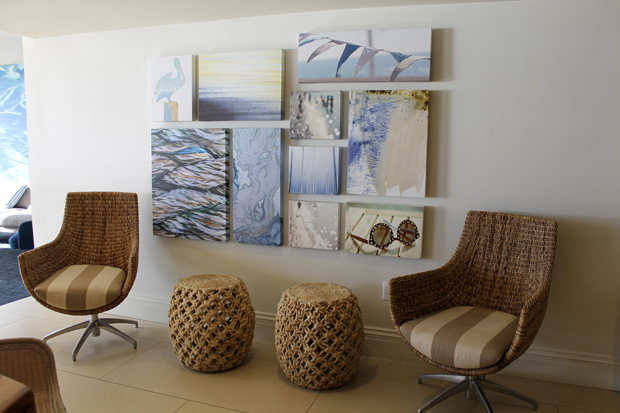 The Godfrey Hotel & Cabanas Tampa has 276 nautical-inspired, upscale guestrooms, including 14 suites, each with views of Tampa Bay and newly-installed private balconies. The guestrooms also come with complimentary WiFi, 42-inch flat screen televisions, Keurig coffeemakers, a mini-refrigerator, and more. The hotel also offers guests a state-of-the-art fitness center, two heated pools with the second to open in the spring, a beachfront, and a 3,200-square-foot pier overlooking the waterfront.

In addition to the bay views, The Godfrey’s waterfront location offers guests multiple water activities, including jet skiing, boating, paddle boarding, and kayaking. The hotel is also within walking distance of the Ben T. Davis Beach connecting Tampa with Clearwater. 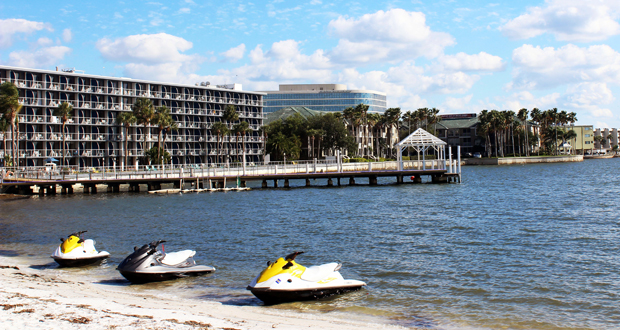 Along with The Godfrey’s physical transformation, the hotel introduced new entertainment programming, including weekly live music performances in the lobby. Additional nightlife programming will be announced later this year.

“I’m honored to be a part of the hotel’s transition from Bay Harbor to The Godfrey,” says Crystal Rivera, general manager of The Godfrey Hotel & Cabanas Tampa. “The resort brings the best of Tampa Bay’s waterfront community to life, and the final phase of the comprehensive repositioning will enhance the Tampa experience with The Godfrey’s iconic food and beverage, and entertainment programming.”

The hotel also has 7,000 square feet of flexible and newly renovated meeting space, in addition to meeting options on the pier, a popular place for waterside weddings and corporate events following its renovation in December 2016.

Oxford’s growing national portfolio of lifestyle hospitality brands includes the flagship Chicago location that opened in 2014, Boston (2016), and the Godfrey Hollywood, which is currently under construction and scheduled to open in 2019. Oxford is actively negotiating on several additional Godfrey locations around the country and expects to continue to grow the brand in key strategic markets throughout North America.