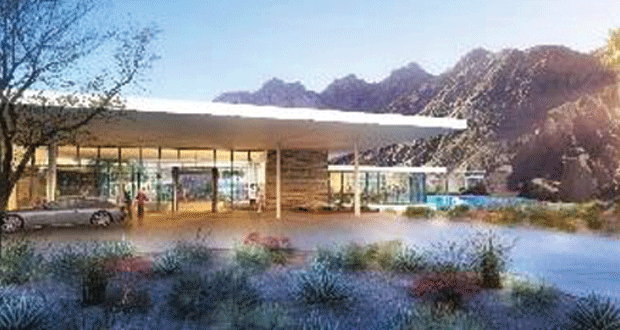 This project represents the first joint development venture for Montage International incorporating its two hotel and resort brands, Montage Hotels & Resorts and Pendry Hotels. Architecture and design firm, Gensler, will work with Montage International and The Robert Green Company to develop the two properties which will feature a mid-century modern design aesthetic in keeping with their Coachella Valley location. Montage La Quinta will include approximately 140 guestrooms with a signature Spa Montage and fitness center along with three food and beverage outlets, multi-generational recreation center, resort pool, retail boutiques and the brand’s signature Paintbox children’s program. There will be 29 four and five bedroom Montage Residences with access to all of the resort’s services and amenities. Pendry La Quinta will include approximately 200 guestrooms with three food and beverage outlets, fitness center with access to Spa Montage, resort pool and retail boutiques. There will also be 66 two and three bedroom Pendry Residences with access to all Pendry services and amenities. At the center of the community is the breathtaking 18-hole Arnold Palmer Signature Golf Course which will be realigned and enhanced as part of the overall development.

“Having worked in the Coachella Valley early in my career, it is especially exciting to return with a dynamic development that is ideally suited for our Montage and Pendry brands,” said Alan J. Fuerstman, founder, chairman and CEO, Montage International. “With The Robert Green Company, we will be bringing to the City of La Quinta an amazing resort unlike anything else in the desert. The architecture, design, amenities and most importantly, the extraordinary service that is the hallmark of Montage International, should be a perfect fit for the community.”

“We are thrilled to have reached an agreement with Montage International to bring both Montage and Pendry to SilverRock Resort. There has never been a resort of this caliber in the desert and nothing of this scale developed in the desert in decades. We look forward to bringing a new level of luxury to this destination and to the City of La Quinta,” said Robert S. Green, Jr., president and CEO, The Robert Green Company.

La Quinta is a natural extension for Montage International, with its current portfolio offering access to city, sea, ski, and Lowcountry escapes, and now the California desert.