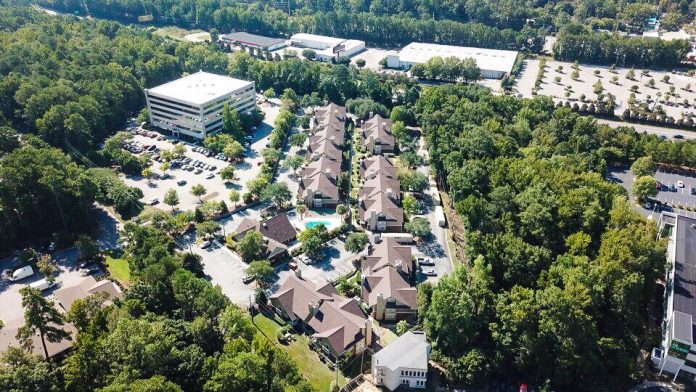 The Siegel Group Nevada, Inc., a real estate investment and management company, announced that it has purchased the former Cloverleaf Suites Hotel in Columbia, South Carolina. This acquisition increases the number of Siegel Suites and Siegel Select properties throughout the United States to 54 and marks the brand’s first in the South Carolina market. Other locations include Nevada, Arizona, Texas, New Mexico, Louisiana, Tennessee, Mississippi, and Alabama.

Built in 1988 as a Renaissance Inn by Marriott, the 123-unit property is comprised of fifteen two-story buildings with conference spaces, a pool, gym, basketball court, and guest laundry facility. Before the sale was finalized, the prior owner, as part of a property improvement plan (PIP), completed a substantial update to most units. Additional improvements that the Siegel Group will be making include painting the exterior of the property and other cosmetic upgrades including branding and signage. The Siegel Group, which owns and operates a sizable commercial real estate portfolio consisting of apartments, extended-stay hotels and apartments, hotels, retail, office, and development projects, will be operating the property as a Siegel Suites – the company’s flagship brand of flexible-stay communities, which provide fully furnished apartment-style units and allow for flexible payment options without requiring a long-term commitment.

The property, which will be renamed Siegel Suites Columbia, is well situated with easy access off Highway 126 and is near the Columbia Canal, Riverfront Park, and the South Carolina State Capitol.

Stephen Siegel, president of The Siegel Group stated: “We are proud to include the state of South Carolina in the growing list of territories that we are entering and introducing our Siegel branded properties. We look forward to working with the community and expanding our presence throughout the state.”