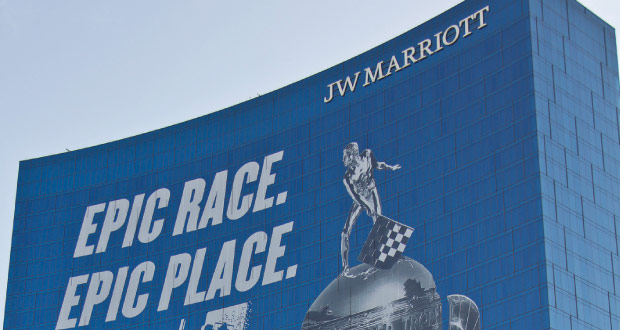 With the wide range of unique, exciting events available for all interests, there’s simply no excuse for people in the United States to phone in their vacation this year. Here are nine events that hoteliers should expect to rule the summer by driving occupancy and boosting revenue per available room (RevPAR) and average daily rates (ADR).

Few events manage to pack the tradition, grandeur, and adrenaline-spiking merriment as the Indy 500. Since 1911, race fans have come from all corners of the country to witness the pinnacle of speed and precision. While it doesn’t receive the same attention as the Super Bowl or the Final Four, this proves to be an advantage for sports fans looking for a more budget-friendly attraction, posting an average market-wide ADR of $166.65 while pulling an average RevPAR of $111.23, both a marked increase over the overall May performance of $118.59 ADR and $81.68 RevPAR. This combination of strong performance and general accessibility makes the Indy 500 a solid performer year after year.

The North American Sand Soccer Championship, celebrating its silver anniversary this year, has quietly emerged as one of the most unique sporting events in the United States today. The NASSC pulls in a crowd of roughly 200,000 spectators and competitors annually, providing a hearty boost to the city of Virginia Beach and beyond. In 2017, the Virginia Beach submarket saw occupancy hold at a stellar 80.1 percent and a RevPAR at $133.57 from June 7-11.
The overall market benefits as well, seeing a 3.9 percent increase in occupancy and 7.4 percent increase in RevPAR over 2016 performance.

Even if watching competitive gaming isn’t your thing, E3 still sets the standard for introducing emerging tech products to consumers of all types. The event is the preeminent platform for unveiling revolutionary technological advances, which results in phenomenal performance in our tech-hungry culture. Last year, the event boosted occupancy to 89 percent (an 8.7 percent increase over Los Angeles central business district [CBD] performance for June 2017) and ADR of $263 (7.9 percent increase over submarket performance for June 2017). Overall market performance was strong as well, as shown by the market revenue of $88.9 million over the course of the mega event. Even in one of the country’s strongest-performing markets, E3 flexes its muscles like few national events can.

It seems comics have become a part of our everyday lives. From movies to apparel to numerous
other media, one is hard-pressed not to come across a reference to a wildly popular superhero or multibillion-dollar movie franchise. Denver Comic Con does as good of job of bringing both under the same roof as any other comic con in the nation. Over the past few years, attendance has rapidly increased from 27,700 in 2012, its inaugural year, to 115,000 in 2017. Accordingly, ADR and RevPAR have ascended in lockstep between 2016 and 2017, up 4 percent to $134 and 6.2 percent to $109, respectively. Once a remote, quiet mountain town, Denver is expanding its visibility more and more every year.

When one thinks of big-ticket music festivals, first thoughts may incorrectly drift toward more highly touted events like Coachella or Lollapalooza, both of which benefit greatly from persistent marketing, protracted histories, and legendary scenic views, but are wildly expensive and provide highly limited options. Summerfest, a two-weekend marvel of music and arts, alleviates such issues. Moreover, it boasted a higher attendance mark than either of the aforementioned prestige music fests, hosting more than 831,000 attendees in 2017. While event performance tracks closely to market performance, the true impact is felt in the Milwaukee CBD/Airport submarket, posting a rare occupancy of 83.2 percent during this extended stretch.

Thanks to a confluence of impeccable scheduling, a mélange of incredible foods, and the longstanding presence of one of the country’s most popular culinary events, Taste of Chicago looks poised to top its already astounding attendance of roughly 1.6 million culinary devotees. Grant Park, arguably Chicago’s most visible and popular outdoor venue, is the ideal setting for the grandest Independence Day cookout one could possibly imagine. While the sheer numbers are impressive, the impact on local hotels promises to be equally sumptuous. A healthy RevPAR in the Chicago CBD submarket of $138.28, combined with an enthusiast-friendly ADR of $180.50, is evidence that both local hotels and event goers can feast on this event.

Buried in the heart of the sleepy state of Wyoming, few events match the composite effect of “The Grandaddy Of ’Em All.” In fact, the overall attendance of 534,519 in 2017 was only about 40,000 people fewer than the entire population of Wyoming! While the I-80/Cheyenne corridor is one of the quietest, most remote submarkets in the country, Frontier Days provides a much-needed lift across all metrics. In 2017, the overall July numbers of 66.6 percent occupancy, ADR of $107, and RevPAR of $71.56 leap to 71.9 percent, $130.97, and $93.88, respectively. 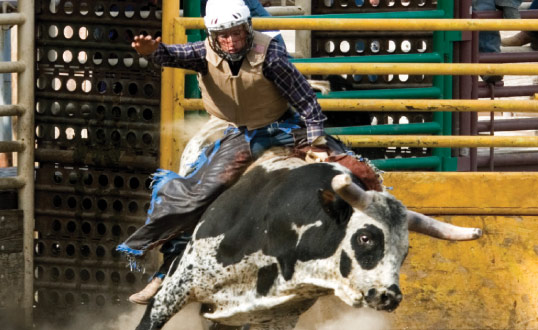 Outside Lands offers a top-tier variety of music, food, arts, and spirits that is unparalleled by any other event in the country. The festival occurs predominantly in the picturesque setting of Golden Gate Park, with dozens of events distributed throughout the city, raising the profile of many restaurants, watering holes, and comedy clubs. Despite the fact that August was the highest-performing month for both the overall market and the local Nob Hill/Wharf submarket, Outside Lands outpaced both with a market occupancy of 92 percent and submarket occupancy of 91.3 percent, as well as a submarket ADR of $264.39. And, despite landing in a healthy fiscal month, Outside Lands has managed to lead the trend rather than follow it.

The LLWS, hosted by the quiet country borough of South Williamsport, Pa., is one of the largest organized amateur sporting events on the entire planet, and one of the very few that bears such a healthy international presence. For a week and half, South Williamsport is something of a UN meeting, with enthusiastic young sluggers from all over the world in lieu of politicians. While lodging can be scant, lower-tier properties from as far as 30 miles away often report full bookings for the event. The smattering of mid- and low-tier properties offer an economical stay (submarket ADR of $116.81) while ascending occupancy to 69.6 percent, the strongest performance the submarket sees all year.

There have never been more plentiful options for a summer getaway. Whether it’s the crack of the bat that brings you joy, or the buzz of an elated crowd, or even bucking broncos out on the dusty frontier, there’s truly something out there for everyone.

About the Author
Nathan Rael is an account manager at STR.