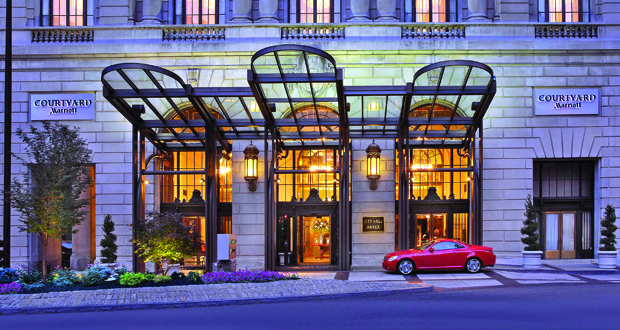 The past few years have seen some of the strongest growth ever for the hotel industry. New properties, new brands, massive renovations, mergers, acquisitions—money has been flying. But good times can’t last forever, and lenders are starting to prepare for the next stage in the lodging cycle, tightening their lending requirements and releasing less capital out into the market for all types of development.

However, it might not seem that way for the next couple of years. Richard Stockton, CEO of Ashford Hospitality Prime, a Dallas, Texas-based, conservatively capitalized REIT that invests primarily in high-RevPAR, full-service luxury hotels and resorts, explains that because so many hotel projects are already underway, the industry will see a lot of openings in 2018 and 2019. “The lodging industry as a whole has been very healthy, and it’s been helped by a low interest rate environment. This has made it possible to underwrite a greater number of hotel projects that will be opening over the next couple of years, flooding the market with rooms at almost the same rate that we saw during the industry’s peak in 2008,” he says.

Stockton says that lenders are now looking at this new supply and wondering how much longer the boom can last. This is making them much more cautious with their capital. “They’re scrutinizing financing deals much more heavily than they have for the past few years, and underwriting standards are getting stricter,” he notes.

This tightening of the purse strings is just one of many factors that will make it increasingly difficult to get new properties financed in the near future. They include increased property taxes, increased insurance rates, and—especially now following the massive destruction of Hurricanes Harvey and Irma in Texas and Florida—ballooning construction costs, and a dearth of experienced laborers.

For Ashford Hospitality Prime, the lack of free-flowing capital represents an opportunity for the REIT to pursue projects in markets with a huge supply pipeline, where other lenders may be pulling out. “We don’t do any new development at Ashford Hospitality Prime, but these are markets that are very attractive in terms of the opportunities to purchase and update existing assets. If we’re able to invest in a property and move it up in chain scale, we’re able to get a significant return on investment. We like mining opportunities within our own portfolio,” he explains.

But what about people interested in ground-up development? “We’re seeing that most new supply growth—and therefore most new supply funding—is in the upper-midscale and upscale segments. We’re seeing much less supply coming in the economy and luxury segments,” Stockton describes. He adds that because luxury properties are typically larger, take longer to build, and have more uncertainty surrounding their success, it only makes sense that lenders would pull back on this type of product.

Stockton advises hoteliers to approach this stage of the cycle with caution, even if the properties they’re developing fall into that favored upper-midscale and upscale segments. “We have to look at the maturity of the cycle, and not just in regards to the amount of time that’s passed since the last recession. It’s really based on the pace of RevPAR growth,” he explains. “At the moment, RevPAR growth is healthy, and it’s projected to be healthy for the next two years, but it’s certainly lower than it has been over the past few years.”

Stockton says to look at it from the point of view of a lender. “If you’re trying to underwrite a development project, it only makes sense to deliver rooms into a very robust RevPAR growth cycle. You really want to mitigate economic risk.”