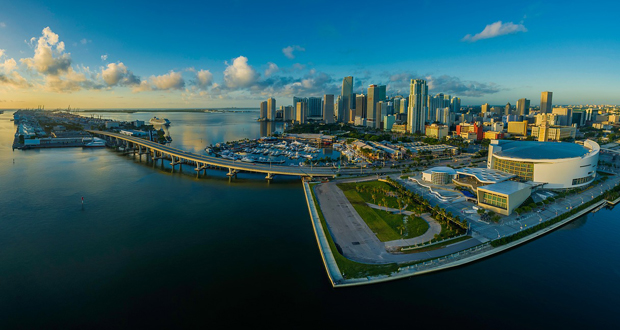 Profit per room at U.S. hotels dropped by 0.5 percent in January, in spite of an increase in revenues across all departments, including RevPAR, according to the latest poll of full-service hotels from HotStats.

In addition to the growth in rooms revenue, increases across non-rooms departments in January—including food and beverage revenue (up 2.9 percent)—enabled U.S. hotels to record TrevPAR growth at 1.8 percent for the month, to $229.59.

The growth in headline performance levels at U.S. hotels in January was primarily led by year-on-year increases in the conference segment. Full-service U.S. hotels recorded a 3 percent increase in revenue in the conference and banqueting department and a 2.5 percent increase in achieved rate in the residential conference segment to $238.34. That’s with declines in rate in the corporate (down 2.2 percent) and leisure (down 1.0 percent) segments in January.

Revenue and profit levels for full-service hotels in Washington, D.C. fell one year after the peak top- and bottom-line performance recorded in January 2017—in part driven by the presidential inauguration of 2017.

Although room occupancy remained relatively robust for January at 59 percent, achieved average room rate in the city plummeted by 37.1 percent to $189.23. While that’s behind the January 2017 achieved room rate of $301.01, it’s still above the rate recorded during the same period in 2016—$181.08.

In addition to the drop in rooms revenue, falling non-rooms revenues contributed to January’s 31.6 percent year-on-year decline in TrevPAR to $171.21 at full-service hotels in Washington D.C. Labor costs increased 18.5 percentage points to 61.0 percent of total revenue in January, further exacerbating the decline in revenue.

As a result of the movement in revenue and costs, profit per room at hotels in Washington D.C., fell by 87.2 percent year-on-year to $10.11, equivalent to a profit conversion of 5.9 percent of total revenue.

While Miami also felt a cold snap for a few days in January, the more temperate climate meant that room occupancy levels remained strong at 83.9 percent. In addition, RevPAR levels were among the highest recorded in the last 12 months following an 8.5 percent year-on-year increase to $185.34, which was driven by an 8.9 percent increase in achieved average room rate to $220.94.

The bumper month of rooms revenue performance for hotels in Miami was supported by year-on-year increases in non-rooms revenues, including food and beverage (up 13.5 percent) and conference and banqueting (up 29.5 percent), which contributed to the 9.9 percent increase in TrevPAR to $267.67.

Furthermore, Miami recorded a 1.9 percentage point drop in labor costs to 27.8 percent of total revenue, one of the few markets to report declining labor costs in January. At $120.98, GOPPAR was 16.5 percent ahead of the same period in 2016 and 60 percent above the rolling 12 month average at $75.57.