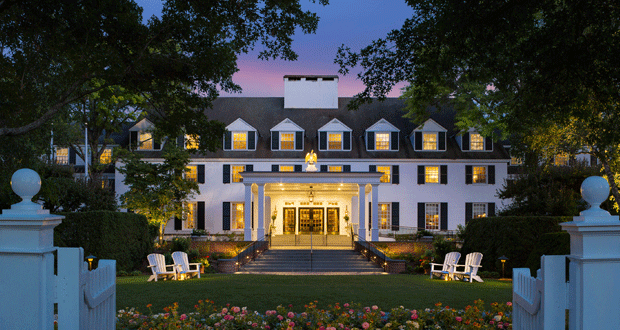 Ten of the historic hotels are adaptive reuse (AR) projects that have involved converting some or all of a historic building to a hotel. Originally, these buildings were built for another purpose in their history. Examples include buildings originally built as a historic theatre, a military barracks, U.S. post office, office buildings, private homes, farmhouse, and residential buildings.

Several of these historic hotels have ties to famous guests, and have been featured in television and film. The Pioneer Inn has been the background for a number of films and television shows, such as The Devil at 4 O’Clock, a movie starring Spencer Tracy and Frank Sinatra, as well as the TV series Hawaii 5-0, Hawaiian Eye, Adventures in Paradise, and Baywatch. The White Stallion Ranch can be seen in over 25 films and television shows dating back to 1939 when William Holden shot Arizona on the site of
the ranch. Famed Hollywood star Veronica Lake lived and worked as a barmaid at The Redbury New York during a slower point in her career. Several films have either been inspired by or filmed at The Bedford Village Inn, including In Your Eyes starring Jennifer Grey.

“Each of these historic hotels has contributed to our nation’s history,” said Lawrence Horwitz, executive director, Historic Hotels of America and Historic Hotels Worldwide. “One was built as the first hotel in New York City to provide both short term and long term lodging for professional women. Another was the site of the first Academy Awards ceremony held in Hollywood on May 16, 1929. Another was once the NYC residence to John Steinbeck, Thomas Mann, and other celebrated writers and artists. One was built and is still home to the world’s longest known marble bar, at 70 feet 3 inches. Each is unique and has a history worth exploring and experiencing. We are delighted to recognize these wonderful historic hotels.”