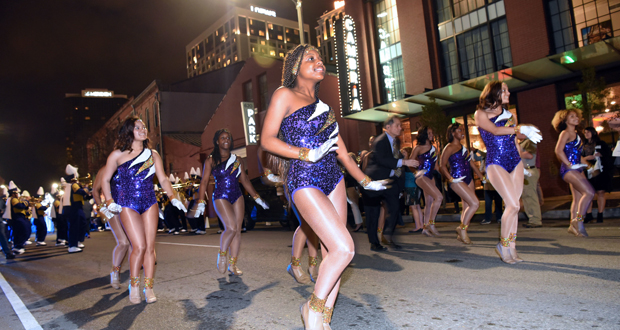 Located in the heart of the city’s historic Warehouse Arts District, the newly constructed upscale Cambria Hotel New Orleans Downtown Warehouse District hotel has 153 guestrooms and nine suites. The boutique property marks the Cambria brand’s first venture into the Louisiana market. The property is part of a growing collaboration between Fillmore Hospitality and Choice Hotels, a venture committed to developing a select group of Cambria hotels across the country.

Additionally, the hotel hosted a silent auction to benefit Dress for Success New Orleans, a non-profit organization which empowers women to achieve economic independence. Party guests also toured the hotel, which has design elements inspired by the mélange of style unique to The Big Easy.

“Ringing in the year with Fillmore Capital Partners and Fillmore Hospitality at the Cambria Hotel New Orleans Downtown Warehouse District grand opening is a fantastic start to 2018,” said Cannon. “2017 was a watershed year for the Cambria Hotels brand as we continued to expand into top 50 markets with locally inspired design to accommodate the needs of the modern business traveler. The Cambria brand’s active pipeline and openings will continue to grow in 2018.”

“We’re thrilled to open our fourth Cambria hotel, especially in such a notable and dynamic city. Our collaboration with Choice Hotels has been a great experience which is why we continue to team up and open Cambria hotels,” said Silva. “We are eager to help the Cambria brand expand to even more major markets, such as the upcoming property in the United State’s music capital Nashville, Tennessee.”