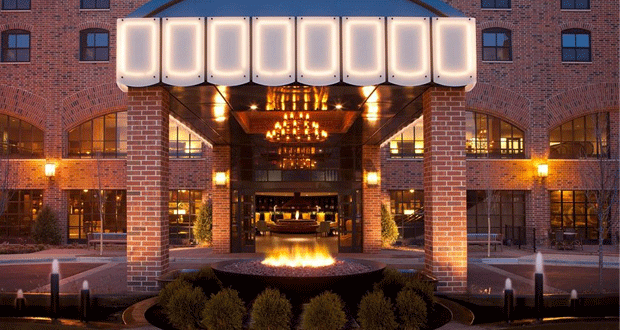 The Graduate Hotels brand, launched by AJ Capital Partners in 2014, is a fast-growing hotel collection in the most dynamic university-anchored cities in the country. Other locations include Ann Arbor, Mich.; Athens, Ga.; Charlottesville, Va.; Madison, Wis.; Oxford, Miss.; and Tempe, Ariz., as well as three locations that are slated to open in 2017—Berkeley, Calif.; Lincoln, Neb.; and Richmond, Va.

AJ Capital will use $50.8 million and $43.8 million in non-recourse financing from two different debt funds to acquire, renovate, and rebrand the hotels in Minneapolis and Seattle, respectively. Mission Capital’s team of Jordan Ray, Ari Hirt, Steven Buchwald, and David Behmoaras represented AJ Capital in both transactions.

“The Graduate Hotels are generating a great deal of attention,” said Ray. “People like the concept of an amenitized hotel that has a fun local vibe and is situated on or near a campus. The brand is already becoming a household name.”

Located at 615 Washington Avenue, SE on a long-term ground lease owned by the University of Minnesota, the 304-key Graduate Minneapolis (formerly The Commons Hotel) will undergo renovations to guestrooms, common areas, the lobby, and meeting spaces. The renovations are slated to be completed in advance of the 2018 Super Bowl, which will be held in Minneapolis.

The Graduate Seattle, currently the Hotel Deca, is located at 4507 Brooklyn Avenue, NE, and is the closest hotel to the University of Washington. AJ Capital is planning to renovate the 158-key facility over the winter of 2017-2018. As part of the renovation, the penthouse executive suites will be converted to a rooftop bar with sweeping panoramic views of Seattle.

“Hotel bridge financing is harder to find at this stage of the real estate cycle, so we focused on creative lenders who understood the strength of the sponsor’s business plan,” said Hirt.

Buchwald added, “Although the Graduate brand has only been around for a short time, it has grown rapidly, and already has an impressive track record of success. Despite the inherent challenges, when AJ Capital is the sponsor, we are able to arrange to obtain attractive financing, as they are a proven best-in-class developer of successful hotels.”