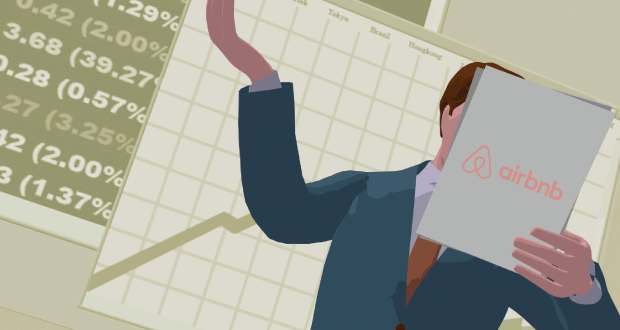 More than seven months have passed since Airbnb issued its “community compact,” in which the company claimed it would do everything it could to “help ensure our community pays its fair share of hotel and tourist taxes, build an open and transparent community, and promote responsible home sharing to make cities stronger.” Unfortunately, those objectives have yet to bear fruit. In reality, a significant—and rapidly growing—portion of Airbnb’s revenue in major U.S. cities is driven by commercial operators who often buy up multiple residential properties to rent out in the same metropolitan area or list units available on a full-time basis, just like a hotel. What’s worse, Airbnb is not being transparent with its data and or acting as the true partner it has vowed to be with government officials to help create safe environments for its users and the communities in which it operates.

While the company, valued at some $25 billion, has a reported 2 million listings worldwide and suggests that its hosts largely use the platform to supplement their income, Airbnb fails to deal with the true picture of what is happening on its platform or release data that provides a complete look at its operations.

In order to get a better picture, we commissioned our own data. We know from the comprehensive, national analysis released in January by Dr. John O’Neill, professor of hospitality management and director of the Center for Hospitality Real Estate Strategy in the School of Hospitality Management at Penn State University, that the number of individuals listing two or more residential properties for rent on Airbnb is rapidly growing and 40 percent of the company’s revenue in those cities is generated by these multi-unit operators—to the tune of half a billion dollars a year. What’s more, nearly 26 percent of Airbnb’s revenue in 14 of the nation’s largest cities came from users who listed properties for rent full time (360 days or more each year).

Following the January release of this national data, we have done deeper dives into each of those cities. Those analyses illustrate the same trends of commercial activity. Phoenix, Los Angeles, Chicago, Miami, Boston, and New York all show a significant and growing portion of Airbnb’s revenue is derived from illegal hotels. The trend is clear: Persistently, from zip code to zip code and city to city, unregulated commercial operators are exploiting an illegal hotel loophole to run businesses without abiding by safety and security regulations or taxation and zoning laws. Airbnb is misleading the public when it says it’s providing means for people to share their residence and make some extra income. That’s home sharing, and it’s a practice that has been going on for decades and one AH&LA supports. But when commercial operators are running illegal hotels by skirting safety and security standards, dodging tax obligations, flouting zoning regulations, and avoiding appropriate levels of insurance, it’s no surprise that Airbnb urges “voluntary collection agreements” with cities and states to try and avoid further scrutiny and regulation.

To date, Airbnb has signed such agreements with roughly 150 cities to collect and remit local transient occupancy taxes from its hosts, yet all contain strict clauses that require only anonymized self-reporting of data, which ties the hands of local officials from being able to truly enforce the laws on the books or contemplate new measures to rein in illegal hotels.

As communities become increasingly aware of this growing problem, it is clear the negative impacts of illegal hotels and the short-term rental companies that facilitate these activities cannot be ignored. We are encouraged by the many diverse voices who are joining the chorus to take action. Local organizations and city leaders are urging state and local officials to create and enforce sensible rules that protect communities and the traveling public. From Santa Monica to Los Angeles to Chicago to Seattle, we’ve already seen policymakers take steps to tackle this issue through proposed short-term rental ordinances. These proposals are a step in the right direction and depict the scope of this problem nationwide, but much more needs to be done.

As we move ahead and continue to analyze and release additional data in more of our country’s major metropolitan areas, we look forward to working with city and state officials. We must ensure that any ordinance on this issue include strong provisions to rein in commercial operators from operating unchecked illegal hotels and strong enforcement mechanisms to ensure that the rules on the books are followed.

The bottom line is that the longer companies like Airbnb, and the illegal hotels they facilitate, are left unchecked, the longer communities will fall victim to unregulated commercial landlords who disrupt neighborhoods, fail to abide by safety and security measures, and do not contribute their fair share of taxes. AH&LA will continue to advance a fact-driven discussion with affordable housing advocates, neighborhood watch activists, disability groups, and other coalition partners as well as public officials across the country. It is important for us to get this right—it’s in the best interest of our neighborhoods and communities.

About the Author
Vanessa Sinders is senior vice president and department head of government affairs for the American Hotel & Lodging Association.