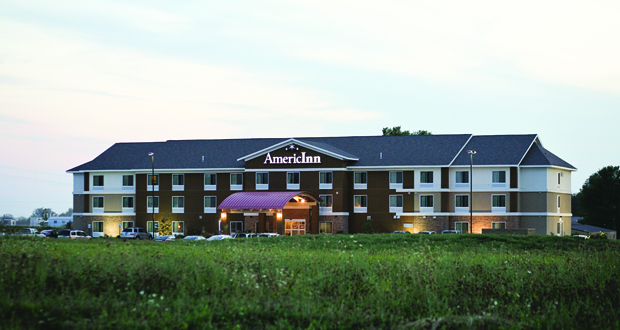 Yesterday, the Wyndham Hotel Group announced plans to acquire the AmericInn hotel brand and its management company, Three Rivers Hospitality, from Northcott Hospitality for $170 million. AmericInn will become the 20th brand in Wyndham’s portfolio, joining shortly after the launch of the Trademark Hotel Collection, Wyndham’s first soft brand, in June.

According to Wyndham CEO Geoff Ballotti, AmericInn is a very advantageous addition to the Wyndham portfolio, strengthening the company’s foothold in the Midwest with the addition of 200 very well-reviewed properties, as well as 23 more hotels in the pipeline. “We were drawn to the brand’s quality, as well the consistency of its quality. Over 85 percent of its 200 hotels are rated ‘4-Stars’ or above on TripAdvisor, and we’re sure they’ll score equally high in our guest satisfaction and net promoter scores. It’s a really strong, really clean, really well-run brand with a great service ethos and a great culture,” he describes.

The acquisition also gives Wyndham an opportunity to build relationships with developers in the Midwest region who have experience and insight into that market. “We need folks who are powerhouses in the upper Midwest. This is giving us access to owners and developers we might not have grown with before.”

AmericInn has been on Wyndham’s radar for nearly 10 years, Ballotti explains. “We’ve been talking on and off with the Kirwin family since 2008. They’ve done great things for the AmericInn brand,” he said, noting that they weren’t initially interested in selling it. About a year ago, Wyndham picked up conversations with the company’s Board of Trustees and Paul Kirwin, president and CEO of Northcott. “The timing just worked out this time,” Ballotti says.

When the deal closes, AmericInn owners will be able to leverage Wyndham’s scale in all aspects of their business, from technology to marketing and distribution. “A hotel chain that had the negotiating power and leverage of 200 hotels is joining a hotel company with 8,200 hotels. It’s going to have a significant impact on their business.”

Ballotti also mentions that AmericInn’s guests will be able to tap into Wyndham’s acclaimed Wyndham Rewards program. AmericInn’s rewards program, Easy Rewards, has 600,000 existing members, all of whom Ballotti is eager to bring into the fold.

The acquisition was announced to AmericInn owners yesterday morning via conference call, during which Wyndham received mostly positive feedback. “There were couple hundred people on the line and the questions we were getting were quite positive,” Ballotti says.

The deal, which is still subject to regulatory and government approval and the satisfaction of other customary closing conditions, is likely to close sometime in October, Ballotti notes.