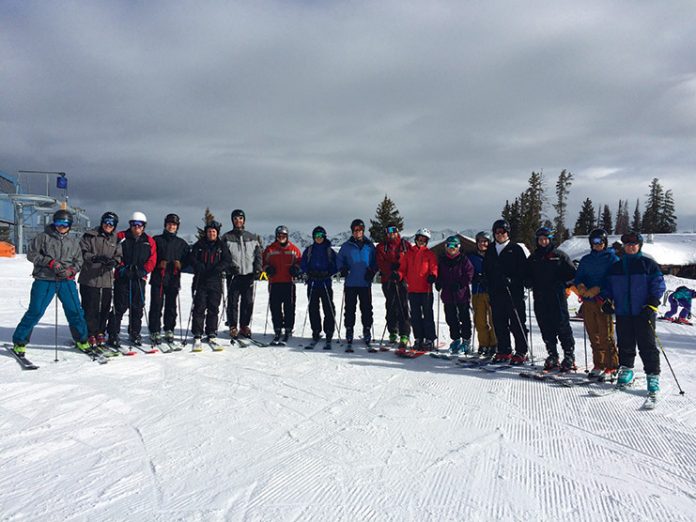 When Russ Savrann was a young professional, his grandfather gave him sound business advice in the form of stories about his early years in the shoe industry. During that time period, anyone attending industry shows was traveling by train. Throughout those journeys, the professionals heading to the same industry conferences would travel together for weeks at a time, forming their own little community, building strong relationships that bolstered each other’s businesses, and creating life-long, deeply rooted friendships. When it came time for Savrann’s grandfather to start his own shoe business, he was able to lean on the relationships he built during those train trips to get his career started on the right foot—pun intended.

Savrann’s grandfather’s background had a profound impact on the way Savrann himself wanted to do business as a lawyer. When he began practicing in a hotel industry law practice led by Irvin Sandman, Savrann found fertile ground where he could apply his grandfather’s stories to his law practice and business.

Sandman began his law practice in 1980, joining a well-known business law firm in Seattle. He soon was drawn to work with Westin Hotels & Resorts, which was then also based in Seattle. Westin was focused on cultural change, seeking to evolve from a boss-driven to a customer-driven culture and organization. Intrigued, Sandman studied total quality management (TQM) and other customer-focused systems, and his study and experience affected him much like Savrann’s experience with his grandfather. Sandman wanted to build his practice to help his clients succeed in all ways, including helping them to build lasting, valuable relationships. This focus led him to form one of the first legal teams for the hotel industry, and later, to co-found Sandman Savrann, a law firm devoted to the hotel industry.

Sandman’s customer-driven principles and commitments fit hand-in-glove with Savrann’s lessons from his grandfather. From there, the Powder Summit, the Northwest Hotel Investment Forum (NHIF), and Northeastern Hotel Investment Forums (NEHIF) were born. Savrann says, “My grandfather made a point of considering the value of getting to know people. And the Powder Summit and NHIF events are in many ways my train. We’re not doing business 100 percent of the time, but we’re getting to know each other and developing relationships that lead to business.”

The Powder Summit—an invitation-only skiing event that industry professionals and their significant others attend—is in its ninth year and going strong. NHIF and NEHIF are regional conferences that occur in the fall and spring. NHIF has been recurring in Seattle for eight years and has become the who’s who for those who have or seek a hotel presence in the Northwest. NEHIF is bringing the same platform to the Northeast. It held its first spring event this past May and will have its first fall event in November of this year in Boston.

The Powder Summit began when Savrann realized that while there is value in the bigger conferences, the networking tends to be exchanges of business cards for later follow-up. Savrann says, “Although you meet with a lot of people during the big conferences, you don’t get to really know the people you’re meeting. It’s like speed dating. There’s also value in getting to know a few people really well, as opposed to knowing many people superficially. The Powder Summit was conceived specifically to allow industry professionals and their partners to enjoy a more socially inclusive, intimate networking event while still achieving business objectives.”

Sandman brought many of these same principles to NHIF’s suit-and-tie setting. Sandman says, “At the large hotel conferences, there are only about 100 people you’d really like to meet and get to know, but it’s sometimes hard to find them among the 2,000-plus attendees. Our objective in forming NHIF was to give back to our clients and contacts by helping them build valuable relationships. To accomplish this, NHIF is an invitation-only, membership event for principals and executives of hotel companies and industry stakeholders, all of whom are valuable contacts for hotel development, investment, and portfolio expansion.”

“Business hasn’t changed for hundreds of years,” Savrann says. “And sales—whether a lawyer is offering services or a hotel is selling its guestrooms—often come down to developing trust with the other person or company. They trust you with the most important resources they have, their business and their money. It’s hard to develop a real relationship in a 15- to 30-minute meeting twice a year.”

After nine years, the Powder Summit, which hosts a maximum of 50 people, has reached the point that Savrann and his firm always hoped that it would. He describes, “We have created a community of dear friends within the industry. It has evolved from being almost exclusively focused on hotel development to a broader range of the industry at large, which has added value for everybody.”

The NHIF and NEHIF forums are geographically based, but national in flavor. Sandman says, “Although there is a geographic element to our forums, every significant hotel company has an interest in every major region in the country. As a result, the geography presents an occasion to meet, but the meetings bring together a national, high-level membership.”

Sandman also designed the forums to be respectful of members’ time and money. “While larger conferences last a few days, our forums only last around four hours and are priced from $75 to $125, depending on the event. The forums usually begin with a reception at 4 p.m., move to a single, high-value program, and conclude with a closing reception. They give our members the opportunity to meet and connect in the region, and the members then have the flexibility to schedule their own one-on-one meetings around the time of the event.”

While the larger conferences will always have their place in the hotel industry, smaller, regional events can support a networking effort that isn’t readily available in a large-crowd setting. Sandman says, “The big hotel investment conferences are extremely important for the industry—they provide company visibility, industry coverage, and a broad range of contacts. Harry and Liz Javer do a particularly good job with the Phoenix Lodging Conference, and we are long-time supporters and sponsors. Our events are complementary and more intimate, where contacts can take root and grow into valuable relationships.”

Smaller events are drawing high-level attendance, as seen by the forums hosted by Sandman Savrann. Each of their NHIF forums are at optimal attendance, and the fledgling NEHIF is quickly growing to that level. Both are supported by the major brands.

“We want to use our influence and our position to give something back and provide something of value to the industry other than just our legal services. We consider ourselves to be participants in the hotel industry, not just servants of it,” Savrann says.