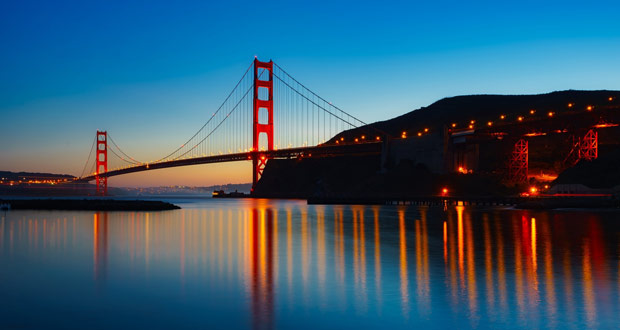 Full-service hotels in San Francisco posted an 18.9 percent year-over-year increase in TrevPAR in April to $348.84. The week-long RSA security conference helped fuel the growth by welcoming more than 42,000 attendees at the Moscone Center and boosting demand for hotel accommodation across the city.

As a result, while occupancy levels broadly remained stable at 88.4 percent, hotels in San Francisco were able to leverage price to record a 16.3 percent year-over-year increase in achieved average room rate to $283.34, which fueled the 16.1 percent increase in RevPAR to $250.50.

The rate growth was led by a 27 percent year-over-year increase in the best available rate category, which soared by almost $70 to $314.29 and was, by far, the highest sector rate recorded at hotels in the city in April. Additionally, increases were also recorded in rate in the conference (up 5.7 percent), corporate (up 7.8 percent), and leisure (up 22.5 percent) segments.

While it was a strong month of trading, hotels in San Francisco may have left some cash on the table as the data suggests that a significant proportion of room nights were booked through third-party intermediaries. This was evidenced by the 35.3 percent year-over-year increase in rooms cost of sales (i.e., HotStats’ measure of travel agents’ commissions, reservation fees, GDS fees, third-party fees, and Internet booking fees), to $13.52 per available room, equivalent to 5.4 percent of rooms revenue.

Aside from this, it was a positive month for hotels in San Francisco as the weight of attendees to the RSA conference also fueled the appetite for ancillary facilities, which meant growth was successfully recorded in non-rooms revenues, including food and beverage (up 29.9 percent) and conference/banqueting (up 36.5 percent) on a per available room basis.

Furthermore, the weight of revenue growth enabled hotels in San Francisco to record a saving in labor costs, which fell by 3.7 percentage points to 39.1 percent of total revenue and contributed to the 35 percent year-over-year increase in profit per room in April to $133.55.

Further down the Pacific coastline, while hotels in San Diego also recorded a positive month of trading, it was well behind the year-over-year growth in San Francisco. The 3.1 percent increase in TrevPAR to $309.29 continued the city’s mixed performance since the beginning of 2018.

“Despite a 1 percent increase in profit per room for the month to $143.78, flow-through was recorded at just 16.1 percent, way below the industry average expectation of 50 percent flow, which continues to highlight the challenges operators are facing with tightening profit margins in a period of increasing operating costs,” says Pablo Alonso, CEO of HotStats.