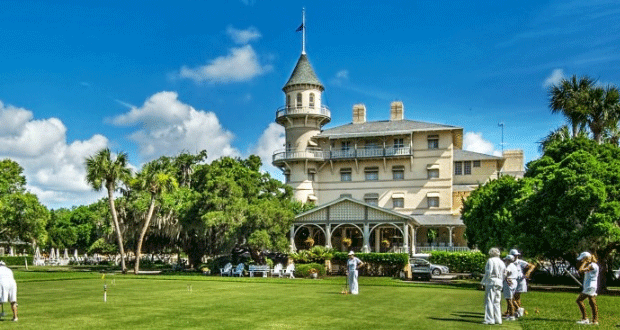 JEKYLL ISLAND, Ga.—Affiliates of Northview Hotel Group have announced the acquisition of a majority equity interest in the Jekyll Island Club Hotel, set on the banks of coastal Georgia. Northview has partnered with Leon N. Weiner & Associates, the owner of the Jekyll Island property for 30 years.

The Jekyll Island Club was established in 1886 as a private retreat for America’s wealthiest families, including the Rockefellers, Vanderbilts, and Pulitzers among others. In a process led by Leon N. Weiner & Associates, the property was completely restored and transformed into a full-service resort in 1985.

The current Jekyll Island Club Hotel features 157 guestrooms, 14,000-square-foot of meeting space and four dining outlets. The ownership group plans to invest $18 million into the existing amenities including an oceanfront 41-suite addition that is scheduled to open in spring 2017.

“We are thrilled to add the Jekyll Island Club to our collection of independent resorts,” said Matt Trevenen, partner, Northview Hotel Group. “The property is steeped in history and Leon N. Weiner & Associates have done a tremendous job establishing it as one of the premier resorts in the southeast. The acquisition fits perfectly within Northview’s core growth strategy.”

“Northview has a proven track record of renovating and optimizing iconic independent resorts throughout the U.S.—from Hawks Cay in the Florida Keys to Brasada Ranch in Bend, Oregon, and Sanderling Resort on the Outer Banks of North Carolina, and most recently Madeline Hotel and Residences in Telluride, Colorado,” said Simon Hallgarten, partner, Northview Hotel Group. “At the Jekyll Island Club, we see great potential to elevate the existing experiences and provide entirely new ones to our loyal customer base. We also look forward to working with the Jekyll Island Authority and becoming an active member of the Jekyll Island community.”

“We have been honored to steward the Jekyll Island Club Hotel for over three decades. The Club holds a special place in our hearts, and we look forward to a successful partnership with Northview Hotel Group, to ensure that the Club can remain a landmark experience for decades to come,” said David Curtis, executive vice president, Leon N. Weiner & Associates.