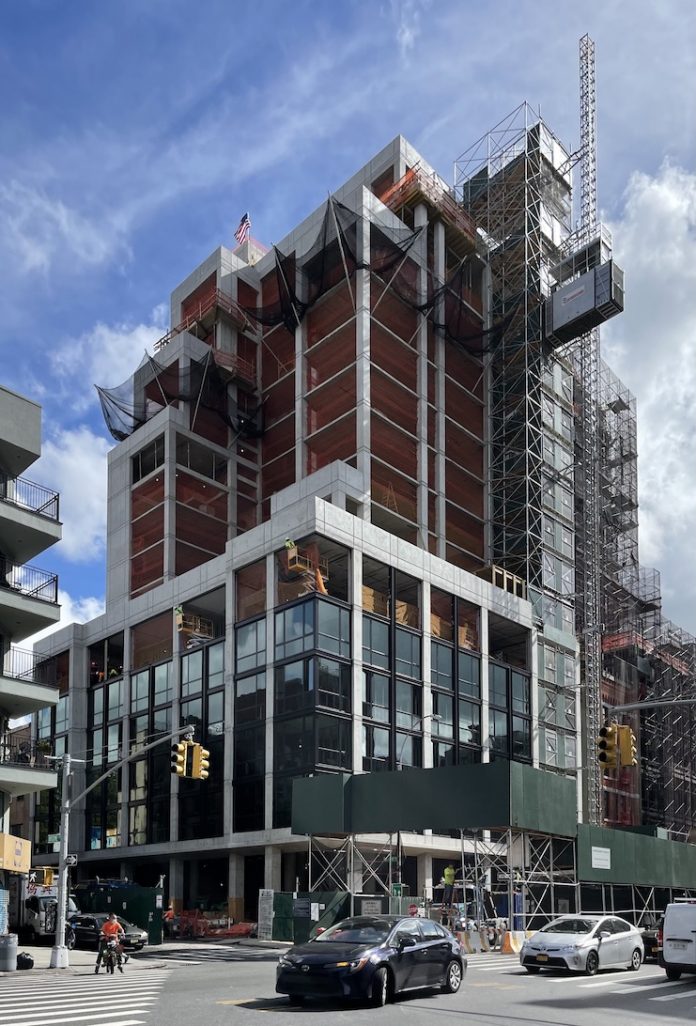 Bringing Moxy’s style and programming to the epicenter of two of New York’s neighborhoods, both properties will have design-driven bedrooms, public spaces, and new dining and drinking concepts matching the character of their neighborhoods. Moxy’s programming conceived to integrate each hotel with its community will include live music, fashion and art pop-ups, workshops, and wellness series.

“We are excited to be expanding our New York Moxy Hotel portfolio with these two dynamic properties,” said Mitchell Hochberg, president of Lightstone. “The success of our first three Moxy’s in Manhattan underscores the demand for our trademark style of hospitality. The timing is also perfect, as New York City makes its dramatic comeback from the past year. We are proud to be part of the city’s renaissance.”

Located just over the Williamsburg Bridge, less than ten minutes from Manhattan, and in Brooklyn’s culinary and nightlife destination, Moxy Williamsburg will feature 216 hotel rooms. Stonehill Taylor has crafted the architecture of the building to fit in with the surrounding neighborhood, while Basile Studio has designed the interiors. The hotel will be equipped with modern conveniences and amenities including touchless check-in, co-working spaces, two adjoining meetings studios, and a fitness center. Adding to the surrounding streetscape, the hotel will also have a main-floor bar, café/restaurant, and cocktail lounge. Crowning the building will be an indoor/outdoor rooftop, with an expansive terrace with views of the city skyline, Manhattan, and the East River. Leeding Builders Group is managing construction of the project.

Moxy Lower East Side and Moxy Williamsburg are complemented by three additional New York properties including: the 612-room flagship Moxy Times Square property that opened in the Fall of 2017; the 350-room Moxy Chelsea that opened in February 2019; and the Moxy East Village, a 286-room hotel that opened in September 2019. Lightstone debuted its first Moxy property outside of New York with the opening of Moxy Miami South Beach earlier this year. Earlier this month, Lightstone celebrated the topping out of the firm’s dual-branded project, Moxy Los Angeles Downtown and AC Hotel Los Angeles Downtown.