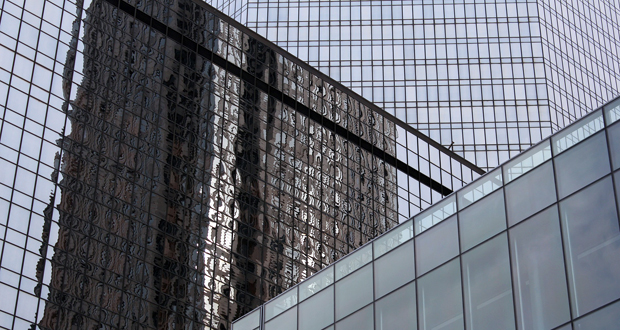 After years of growth, the commercial real estate outlook is cautiously optimistic, with moderate, steady growth forecasted for the year ahead, according to a new report from Integra Realty Resources (IRR). IRR Viewpoint 2018 provides an overview of local and national commercial real estate markets across five key property types, including hospitality. The annual report also examines economic trends, interest rates, capital markets, and housing and how these trends will affect commercial real estate in the years ahead.

“Whether or not the economy can maintain forward motion is the definite question in the year ahead,” Anthony M. Graziano, MAI, CRE, and chairman of IRR, says. “In this year’s report, we explore the major factors impacting continued economic expansion and a few of the key challenges and opportunities that face the commercial real estate market.”

The report was produced in partnership with commercial real estate economist Hugh F. Kelly, Ph.D., CRE, who adds, “In the short term, we find the commercial property markets solidly in their ‘expansion phase’ in most areas of the country, but now is the time for real estate owners and investors to begin thinking about defense strategies. However, it should be a less severe downside for the commercial real estate industry than the downturn in 2008 thanks to more disciplined buyers.”

Some national themes from the report are that while 2018 will see continued economic growth, signs of excess that trigger market corrections are starting to accumulate. Three “final demand predictors” essentially limit further economic development: job growth, which has been shifting into a lower gear; incomes, which aren’t rising enough to spur the final predictor; and consumer spending.

Even with a slower market, commercial property prices rose on average 8.4 percent, suggesting more careful selection rather than any withdrawal of capital is what is shaping the commercial real estate investment marketplace.

CRE Outlook for the Hospitality Market

After several years during an eight-year bull cycle, the hospitality market appears to be losing momentum. Fundamentals remain strong enough to forecast stable but slow growth through 2018. Hospitality transaction volume slipped in the past year to $31 billion through Q3 2017, down 25 percent from 2016. Top hospitality markets include Charlotte, N.C., Broward, Fla., the New York City Boroughs, Memphis, Tenn., and Jacksonville, Fla. IRR anticipates asset value growth in 75 percent of hotel markets. Cap rates are forecasted to remain constant in 71 percent of markets. Rent will grow at 3.3 percent in 2018.

In addition, growth in Caribbean regional tourism is flattening, pointing to possible signs of oversupply.

CRE Outlook for the Retail and Multifamily Sectors

The retail sector continues to be disrupted by e-commerce along with shifting demographics and consumer spending habits. Trading velocity continues to slow in the retail sector. Aggressive asset management versus portfolio growth is key to retail investors’ success. Retail transactions totaled $46.9 billion through Q3 2017, a decrease of 19 percent from 2016. The top retail markets are Las Vegas, Nev., Stamford, Conn., Broward, Fla., Austin, Texas, and Hartford, Conn. On average, markets are expecting a 2.2 percent increase in retail rents in the next 12 months. With strong cap rate compression in prior years, 74 percent of markets expect cap rates to remain stable in 2018.