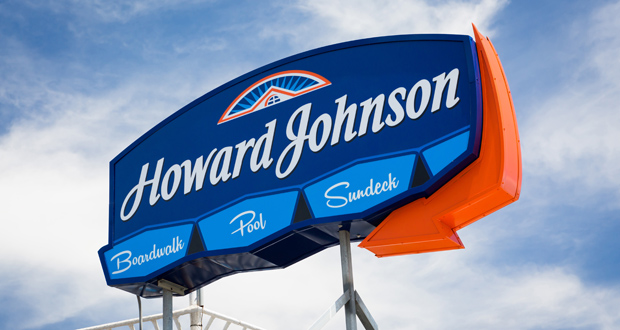 The shore town of Wildwood, N.J., is well known up and down the East Coast as a vacation destination. Its historic boardwalk—complete with a classic amusement park—and wide beaches draw in millions of tourists and beach bums each year.

For those in the hotel industry, Wildwood is not just a vacation spot, it’s also a very interesting market. Development in the town blew up in the 1950s, and much of that decade’s aesthetic remains today. Rather than a slew of beach houses or franchised hotel properties, the city is home to dozens of independent beach motels that, according to the city’s tourism improvement and development authority, comprise more than 8,000 hotel rooms. Until 2017, there was only one branded property. Then, in July of last year, hotel developers Hammock Worldwide purchased the Kings Inn Motel, which had been on the northern end of the Wildwood boardwalk for more than 40 years. On January 1, 2017, this property officially became a Howard Johnson, making it the second branded property to enter the Wildwood hotel market.

The Howard Johnson Wildwood Boardwalk has 69 guestrooms and suites. Though it did not officially become a Howard Johnson until this year, Hammock Worldwide started renovating the property in September, just after the summer season ended. The renovations proved to be a bit of a challenge, as winter weather and the accelerated wear-and-tear associated with beach-front properties made the process move more slowly.

For the renovation, Hammock used the new Howard Johnson “Renew” design concept, which became a brand-wide standard in 2015. Rex Jariwala, Hammock’s director of business operations, and Meenesh Bhoola, the company’s director of procurement, say that rebranding the Kings Inn Motel as a Howard Johnson was a natural fit, even though there isn’t much of a precedent for branded properties in Wildwood. “When we acquired the property, we were looking to convert it into a brand. We did a significant amount of research to find one that would not just fit the property, but also the doo-wop style of Wildwood as a whole,” Jariwala says. “It was then that we stumbled on the Renew package.”

The flexibility of the package was a real selling point for Jariwala and Bhoola, who wanted to ensure that the property reflected its history. “We were able to tweak the design to pay homage to the hotel’s roots, which was so important,” Bhoola describes. Certain aspects of the Howard Johnson Wildwood Boardwalk were altered to reflect Wildwood’s style, including parts of the lobby, and, perhaps most importantly, the hotel’s rooftop sign, which has a vintage look. “It’s one of the highlights of our building,” Bhoola says.

While certain design elements had to be tweaked, both Jariwala and Bhoola note that the Renew concept as a whole meshed very well with the look and feel they were hoping to achieve at the Boardwalk Howard Johnson. Renew was conceived to give Howard Johnson properties a facelift, but not abandon the mid-century modern style that Howard Johnson designed himself when developing the brand in the 1960s. “If you look at the Renew program and consider our design elements—the roofline arch, the marshmallow mirrors, the orange and turquoise color accents—it’s apparent that we wanted to pay homage to the brand’s history,” Cynthia Liu, vice president, Howard Johnson, says. “We wanted to keep the look and feel of a Howard Johnson, what it was known for in the past, while still having a concept that appeals to the next generation.” Of the approximately 250 Howard Johnson properties in North America, about a third have already completed the Renew process.

The hotel officially opened last week, on May 25, with a big opening party. Now, Bhoola and Jariwala are preparing for the summer business boom. “We love beach markets, and Wildwood in particular because it has so many different flavors, depending on where you’re staying,” Jariwala says. “We’re so thrilled to be in a position to help new people discover this great town, because we enjoy being here so much.”