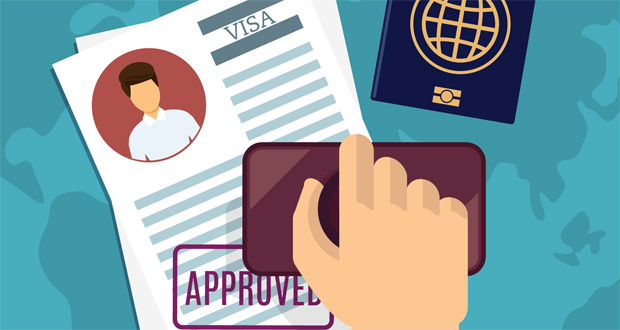 The hotel industry is fundamentally an industry of people. As such, its diverse workforce—which includes workers from all around the world—is integrally important to its success. After all, a global customer needs a global workforce. The hotel industry employs both permanent residents of the United States and those here temporarily for employment, and it relies on a number of immigration and guest-worker programs to meet the demands of its workforce. In fact, half of housekeeping workers are foreign-born, as are 36 percent of baggage porters, bellhops, and other concierge service providers.

That’s why the issue of immigration reform has been—and continues to be—so important to the hotel industry. As pivotal as issues like tax reform and international travel are to the industry’s success, without a stable and reliable workforce, it cannot thrive and continue to offer lifelong careers.

The most immediate immigration priority is finding a permanent solution to protect the beneficiaries of the Deferred Action for Childhood Arrivals (DACA) program. This program has provided protection from deportation and work authorization for people who were brought to the United States illegally as children through no fault of their own. And, since coming to the United States as children, these “Dreamers”—some 700,000 young men and women—have become an integral part of our society. To turn our backs on them would not only be uniquely un-American, but it would also have drastic and widespread implications throughout the economy—particularly in the hospitality industry.

The hotel industry is a significant employer of DACA recipients. Protecting their future is of great importance not only to the industry, but also the entire economy. That’s why the American Hotel & Lodging Association (AHLA) has been a leader in advocating for a bipartisan legislative solution that will provide permanent status to this deserving population. Earlier this year, AHLA CEO Katherine Lugar stood with more than 115 industry leaders representing every sector of the U.S. economy in support of Dreamers and calling on Congress to act. Many hotel industry leaders have also been vocal on this issue.

In February, the U.S. Senate had the opportunity to find a permanent legislative solution that provides legal certainty for Dreamers, while also creating responsible border security enhancements and avoiding significant disruptions to the American workforce and economy. AHLA sent a letter to Senate leadership advocating for a legislative solution to ensure that DACA recipients and, more broadly, Dreamers, receive permanent status. Unfortunately, a solution was not reached, and Dreamers remain in limbo.

We have long passed the moment when we could have avoided disruption to our businesses, and more importantly, to the lives of our employees and their families. Like every industry, and like people from every walk of life, we believe strongly in protecting our nation and our citizens. There are many important debates ahead about our nation’s broader immigration policy. Enhancing our border security is part of that conversation, as are issues like the diversity visa system, family immigration, legal guest-worker programs, and the overall level of immigration to the United States. The hotel industry has a stake in many of these debates, and we are eager to see them resolved.

But our immediate priority is to find a permanent legislative solution for Dreamers. If DACA comes to an end on March 5, more than 1,200 Dreamers per day will lose their ability to live legally in this country. They’ll no longer be able to go to work or attend classes without fear of being arrested. Beyond destroying individual lives and families, this would have a hugely detrimental impact on the hotel industry.

For too long, hundreds of thousands of young people have been asked to put their lives on hold while we try to solve this problem. Join us in calling on the Administration and Congress to finally pass a bipartisan solution to provide permanent protections for Dreamers.

About the Author
Craig Kalkut is vice president of government affairs at AHLA.

This article originally appeared in the March 2018 issue of LODGING.