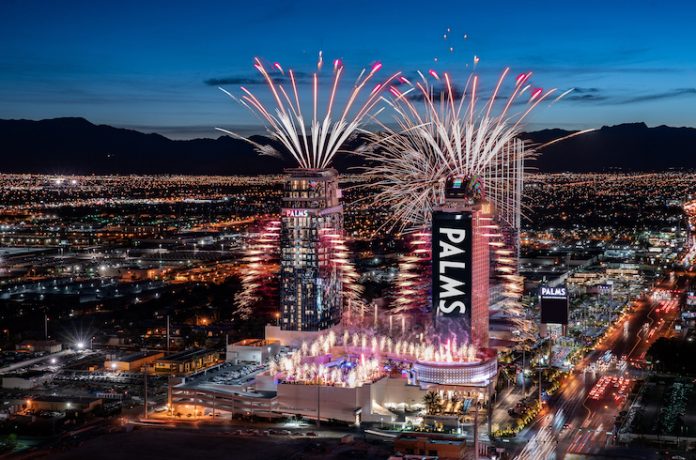 LAS VEGAS—The San Manuel Gaming and Hospitality Authority (SMGHA), an affiliate of the San Manuel Band of Mission Indians, announced it has received approval from the Nevada Gaming Commission as licensees for Palms Casino Resort in Las Vegas. With this approval, SMGHA Nevada, LLC, owned by SMGHA, is set to close the transaction and become owners of Palms Casino Resort with plans to reopen next year in the spring.

“We are grateful for this opportunity to share our long-standing tradition of hospitality with Las Vegas and execute our vision for this iconic resort, starting by welcoming back former and current Palms employees,” said SMGHA Chairwoman Latisha Casas. “Together, we will create history.”

“We would like to extend a sincere thank you to Red Rock Resorts and their leadership team,” said SMGHA Management Committee Member Laurens Vosloo. “We deeply appreciate the support and ongoing partnership they provided as we worked through transition of ownership.”

Recruitment for more than 1,000 positions ranging from casino, operations, hotel management, food and beverage, and other supervisor positions is underway. In addition to the casino, Palms includes more than 700 hotel rooms and suites, multiple casual and upscale dining options, meeting and convention space, a 2,500-seat theater, pool and spa, and Palms Place condominiums.

“It’s such an honor to reach this milestone today. As we forge ahead, it’s important we bring forward the strong values and culture of the Tribe into everything we do at the property,” said Cynthia Kiser Murphey, general manager of Palms. “From team member culture to exceptional guest service, it’s our intent to create a lively and fun environment not only for customers but our dedicated staff as well.”

Prior to opening the property, the San Manuel has supported Las Vegas-based community groups and non-profits by contributing more than $10 million to organizations including UNLV’s William F. Harrah College of Hospitality and William S. Boyd School of Law; the Public Education Foundation; Three Square Food Bank; and Shade Tree Shelter to name a few. Additionally, San Manuel has partnered with local sports teams through sponsorships with the Las Vegas Raiders, Allegiant Stadium, and the Vegas Golden Knights.

Earlier this year, San Manuel unveiled the first of a three-part expansion project at the casino, adding more than 6,500 slot machines, a new high-limit gaming room, retail shops, bars, and new restaurants. San Manuel recently celebrated the opening of the resort at Yaamava’, featuring 432 guestrooms with 127 suites, a pool, private cabanas, a full-service spa and salon, and new food and beverage options. In 2022, the expansion will be complete with the debut of a 2,800-seat entertainment venue.

San Manuel is a top-10 private employer in San Bernardino County with nearly 6,000 team members and the recipient of Great Place to Work recognition by the Great Places to Work Institute.