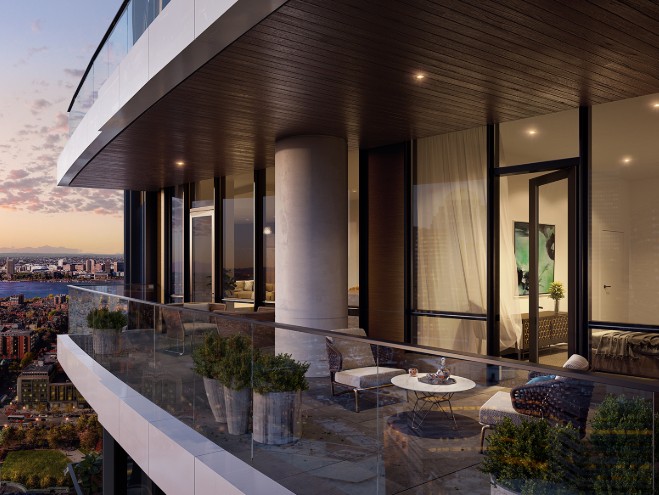 Boston – Projected to open in early 2022, Raffles Boston Back Bay Hotel & Residences will be the first mixed-use property in North America for the brand.

The flagship North American property will be located in Boston, Massachusetts, and blend locally inspired design with the cosmopolitan charm of the Back Bay. The 33-story, $400 million+ hotel will feature 147 guestrooms, 146 branded residences, and six food and beverage venues.

The project will provide over $22 million in public benefits in total, including street and public realm improvements, seven on-site affordable housing units, and a contribution of over $13 million that will support additional affordable housing in Boston.

Raffles Boston Back Bay Hotel & Residences is being developed in a joint venture between Trinity Stuart LLC, which is a partnership between two Boston entities: hoteliers Gary and Jeffrey Saunders of Saunders Hotel Group, and developer Jordan Warshaw of The Noannet Group.  Cain International is the equity partner and Accor, an augmented hospitality group and the Paris-based parent of Raffles Hotels & Resorts, is the hotel management partner, while Madison Realty Capital is providing $314 million in construction financing.

“We are proud to unveil the first Raffles Hotel & Residences in North America alongside such passionate and like-minded partners who embrace Raffles’ timeless essence and genuinely understand how extraordinary and special our Raffles properties truly are,” said Heather McCrory, CEO, Accor North & Central America. “With plans to continue building upon the brand’s illustrious history through the expansion of our collection of legendary Raffles hotels worldwide, we are honored to open the first North American property in such a dynamic and historically important city.”

The hotel will feature multiple public spaces, including a two-story sky lobby perched high above Copley Square, six distinct food and beverage venues, a Raffles Spa with a 20-meter indoor pool and fitness club, rooftop garden terrace and lounge, as well as a meeting spaces and large gardens.

The Residences will be a modern yet elegant urban sanctuary that will include a distinctive array of pied-a-terre suites, one-to three-bedroom homes, and penthouses with expansive views. Residents will have priority access to all services provided by Raffles Boston Back Bay Hotel & Residences, including exclusive membership in the resident-only tier of the company’s guest recognition and loyalty program, which includes VIP status and access to special benefits within the Accor portfolio. Between the hotel and residences, there will be sixteen separate gathering spaces ranging from quiet and intimate to vibrant and social, including a variety of special venues dedicated solely to building residents.