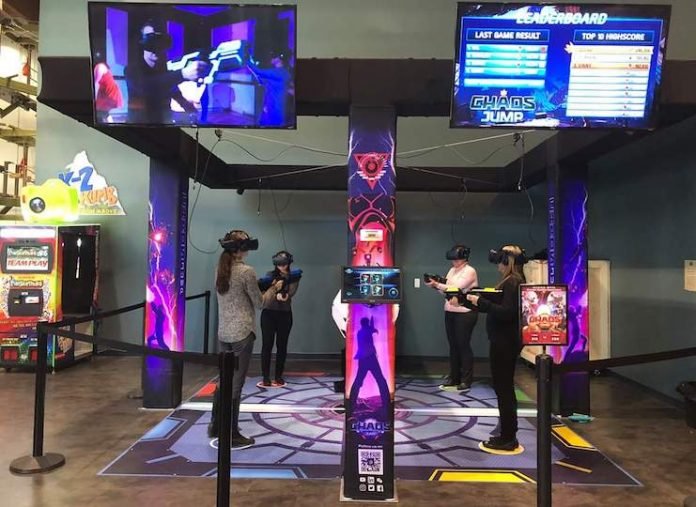 Long gone are the days of hotel game rooms with arcade machines, pool tables, and bowling alleys. Today’s youngest guests are accustomed to technology that has moved well beyond what many hotels are offering in terms of on-site entertainment. Although those older games still engage guests of all ages, kid vacationers often want to experience games that they can’t get at home. Vander Caballero, founder and CEO of Minority Media, which produces virtual reality (VR) systems and manages indoor activities for 50 hotels across the United States, says, “You don’t see any pool tables on Instagram.”

Younger generations are constantly chasing the newest gaming technologies, and hotels can struggle to keep up with that growing landscape. Although Caballero notes this need is similar to the arcade era of the past, he says, “Right now, the technologies in hotels aren’t fulfilling the needs of wide generations. For example, arcade machines are good when you’re 40-years-old and you’re reminded of your first time on a machine. But my kid? He doesn’t really care about that. He wants to play his games.”

Caballero continues, “Both 3-D and 4-D experiences aren’t groundbreaking anymore. What VR does is it takes a 12×12 footprint and gives you the technologies of the future. When kids see that, they run to the machine and have to try it. And the most important part is when they come out, they want to play again because it’s something they don’t have at home.”

The first wave of accessible VR gaming never reached prominence in the consumer landscape. Caballero attributes this to three pitfalls of the first wave of VR headsets: expense, isolation, and technological complexities. Putting larger VR machines in hotel game rooms essentially eliminates these three pitfalls, Caballero explains. Families average about $1 per minute when using the machine, which addresses the expense aspect. Users don’t have to set up the machine, eliminating the technological complexity component. Lastly, families can play together, adding social interaction to gameplay.

“And it’s astonishing the results that we’re getting,” Caballero says, “When you travel as a family, the kids are totally attracted to it. They see the technology and they run after it. Our game is welcoming and it brings in the family.”

Minority Media produces VR gaming systems like the Chaos Jump at Camelback Lodge in Pennsylvania. The Chaos Jump requires four players to work together to achieve a common goal and compete for points. The avatar system is another important part of the game, where children and adults can dress their avatars as robots or Vikings, for example. Although the Chaos Jump is the only VR system currently offered by Minority Media, this year, a two-player competitive system and a children’s ages five to 10 game will be introduced to the market.

When traveling as a family, children want to experience technologies they can’t get at home, and updating game rooms to surpass kids’ expectations can add revenue and guest retention. Caballero offers some advice to hoteliers considering upgrading their on-site game rooms. “When you’re deciding for the future, you have to design for new generations. They have high expectations of what they want in terms of experience. And if you cannot deliver that, you’re not planning for the future. If you can get one of these machines in your hotel, your guests see that you want high-quality entertainment and that you’re building your brand for the future.”