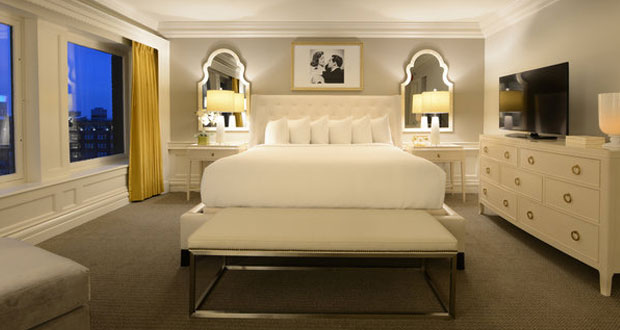 “Tribute Portfolio continues to see rapid growth, echoing the demands of travelers today who are seeking independent hotels and experiences, whether for leisure or business,” said Allison Reid, SVP, North America development, Starwood Hotels & Resorts. “The brand’s continued success is a result of working hand in hand with owners and developers to bring their independent hotel vision to life.”

Featuring a mix of boutique resorts and urban destination properties, travelers will soon have the option of staying independent at five new Tribute Portfolio hotels and resorts across the U.S.:

Tribute Portfolio will enter the American southwest in October 2016 with La Posada de Santa Fe, a Tribute Portfolio Resort & Spa, owned by 1754 La Posada. Nestled on six acres in the heart of Santa Fe, the resort is just steps away from Santa Fe’s historic plaza, Canyon Road, and cultural attractions. Combining the upscale amenities and refined accommodations of a modern resort with authentic adobe architecture, the resort features 157 guestrooms and suites.

Magnolia Hotel St. Louis, originally the historic Mayfair Hotel, reopened in 2013 after a multi-million dollar renovation. Its charming character and features were preserved, while integrating boutique elements and design. Listed on the National Register of Historic Places, the hotel remains modern and elegant with contemporary amenities and attention to detail. The hotel, owned by Stout Street Hospitality, is slated to convert in January 2017, offers 182 guestrooms, and is located in the heart of downtown St. Louis, surrounded by a number of amenities including Robies Restaurant and Lounge and chocolates at turndown—a tradition established by Cary Grant, who was such a fixture at the property in its heyday that the hotel now features a suite inspired by the actor.

Slated to be the brand’s first Texas property when it converts in January 2017, Magnolia Hotel Houston opened in 2003 in the city’s most recognized downtown structure, the former Post-Dispatch building. The 314-room hotel offers a rooftop pool, jacuzzi, and a lounge with billiards. Owned by Stout Street Hospitality, the hotel is located in the urban core and sought-after neighborhood of downtown Houston close to Minute Maid Park, the Houston Aquarium, and the theater district.

Tribute Portfolio will open a third hotel in California, transforming the historic Armed Forces YMCA Building into San Diego’s most distinctive independent hotel (name to be announced). The building was constructed in the 1920s, is listed in the National Register of Historic Places, has significant community heritage, and provides an excellent local example of Italian Renaissance style architecture. Centrally located, the hotel is steps away from some of San Diego’s best restaurants, bars, and attractions. The hotel will feature thoughtful interior design, curated offerings from the bar & kitchen, and out-of-the norm gathering spaces. The hotel, owned by Oram Hotels, is projected to open in late 2017.

Marking the brand’s second hotel in Colorado and first hotel in downtown Denver, Magnolia Hotel Denver, a Tribute Portfolio Hotel has announced it will join Tribute Portfolio in October 2017, following an enhancement of its lobby and restaurant concept, complementing the hotel’s recent multi-million-dollar renovation which featured the creation of 51 new premier guestrooms and a dedicated Presidential Suite. A boutique 297-room property located in the former American National Bank Building, a landmark edifice from 1910, the hotel was restored in 1995 to reflect the building’s original appearance with terra cotta details and a replicated corner clock. Owned by Stout Street Hospitality, the property is located in the heart of Denver, with easy access to the city’s vibrant downtown scene, featuring craft beer and cocktail lounges, as well as indie boutiques and bookstores.

“Tribute Portfolio enables us, as owners, to preserve the unique style and independent culture well known at Magnolia, while tremendously enhancing the guest experience, as well as enjoying the benefits of Starwood’s SPG program and its global sales support,” said Eric Holtze, co-CEO of Stout Street Hospitality. “Our confidence in Tribute Portfolio is clear as we are partnering with the brand at three of our boutique properties in Denver, Houston, and St. Louis, and we look forward to sharing Magnolia’s sense of belonging with Starwood’s wider audience.”

Outside the U.S., Tribute Portfolio continues to gain momentum in Asia Pacific, doubling its presence with a conversion in Singapore and a new build property in Bali:

Located on Syed Alwi Road of the hip-and-upcoming enclave of Jalan Besar, just outside Singapore’s central business district, Hôtel Vagabond is a boutique property that displays the best of global art and independent design. A row of 1950 Art Deco shophouses, the 41-room property marks the first and only hotel in Asia to feature interiors by celebrated French designer, Jacques Garcia. Converting November 2016, Hôtel Vagabond will feature Vagabond Salon, a modern interpretation of a Parisian salon with 5,000 square feet of versatile event space. Sporting modern interiors and superb acoustics, the salon will serve as a forum for the Artist in Residence program, the first to be hosted by a hotel in Singapore. Here, guests will have the opportunity to mingle with resident artists over a cocktails, dine amidst a performance, or watch an independent film.

Slated to open by October 2016, Sthala Bali Ubud, Tribute Portfolio’s second hotel in Indonesia, is located in the sought-after Ubud area of Bali where guests seek distinct experiences from wellness to nature and culture. This new build will feature 145 guestrooms, a spa, two restaurants, two swimming pools, a rooftop bar and a ballroom. The strategic location of the hotel is encircled by the Wos River, commanding ridge-views of the steep river valley with lush forestry.

Five Hotels That Opened Restaurants and Bars This Summer