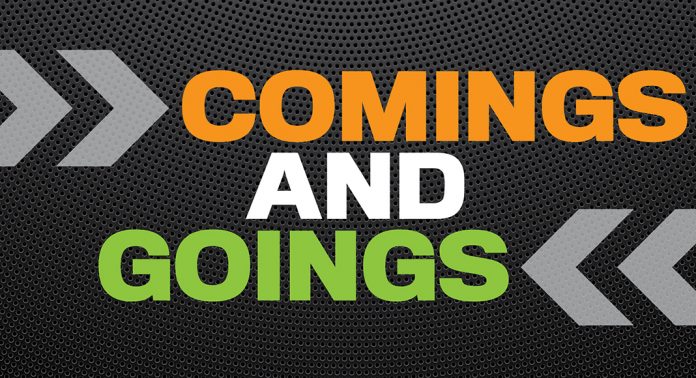 The Leading Hotels of the World, Ltd (LHW), has named Shannon Knapp president and CEO. Knapp was named interim CEO in April, after serving as senior vice president and chief marketing officer for LHW for over five years. Since transitioning to CEO, Knapp has developed a long-term vision for the company and is leading LHW into its next generation.

Wendy Stevens is chief operating officer of Maverick Hotels and Restaurants. In this role, Stevens is the direct contact for each of the company’s properties, and she will be responsible for daily operations for the portfolio. Stevens was most recently chief commercial officer for First Hospitality Group.

Ray Nugent is director of renovations and facilities for First Hospitality, where he will lead the company’s new developments, renovations, and property improvement plans. His role also includes overseeing and assisting employees at existing properties. Nugent oversaw operations and strategies for Bellagio’s facilities department prior to First Hospitality.

Gabriele Originario is director of operations for the SLS Hotel, a Luxury Collection Hotel, Beverly Hills, and in this position, he will run indoor and outdoor banquet and event space and the property’s food and beverage outlets. During his career, Originario was assistant general manager and on the opening team for Hyatt Place San Francisco.

As chief concierge of the Hotel Concord in Concord, N.H., Joseph Burbach will drive customer service. Burbach joined the hotel as a full-time employee one year prior, and in April of this year, he completed the American Hotel & Lodging Association’s Certified Hospitality Concierge Program.

Erik Palmer is managing director for Park Central and WestHouse hotels in New York, N.Y. Before joining these new hotels, Palmer held the same position for TWA Hotel where he helped with operational logistics through the property’s opening. He was also hotel manager for the Gaylord Opryland Resort & Convention Center in Nashville, Tenn.

LODEN Properties has named two new executives to lead Longleaf Hotel in Raleigh, N.C. General manager Tim Rogers is leading operations, and he was most recently on the opening team for Aloft Hotel Downtown Durham. In addition, Matt Fern is hospitality director, and he will create food and beverage offerings as Longleaf Hotel opens.

Rick Moceri is senior vice president of acquisitions and development for Frontier Development & Hospitality Group LLC. Moceri has experience in investment, hotel acquisitions, and asset management. Throughout his career, he has worked across the country for companies including Lodging Capital Partners, Carey Watermark Investors, and Moceri Capital, LLC.