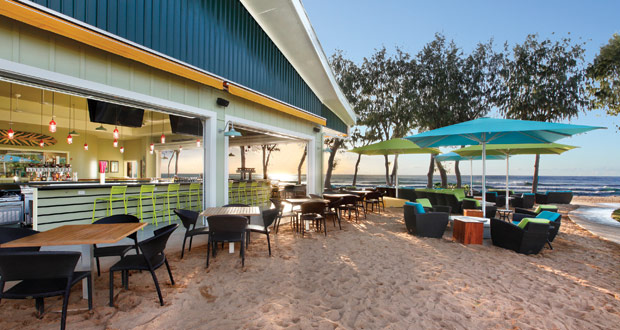 What does it take to drive growth in low-growth markets? According to Gary Hogan, CEO of Hawaiian Hotels & Resorts management company, what it doesn’t require is a slash-and-burn approach that foments chaos and hurts morale among staff members at an established underperforming property. Hogan, who brings the perspective of both an owner and management company, told LODGING how, barely six months after his company assumed management of the Kauai Shores Hotel, his team turned the property around, as shown in numbers that were definitely up: room revenue by 21 percent; RevPAR by 20 percent; gross operating profit by 83 percent; IBFE by 107 percent; and wholesale revenue by 100 percent. The approach, he says, involved using a combination of new tricks as well as tried-and-true methods for turning average performance into outstanding performance.

Because Hogan’s company did at one point own seven hotels and currently owns two, he was able to bring that owner’s perspective to his involvement with Kauai Shores Hotel, which began inf

ormally when owner Jason Jones of Austin, Texas, sought his advice when the hotel wasn’t meeting expectations, even after completing a $10 million renovation.“We met Jason and his partner brother and shared some ideas,” explains Hogan. “For example, we looked at the distribution channels feeding the hotel and we noticed right away, it had no wholesale contract; its business had been driven primarily by the past management company’s website, some OTAs, and such.” 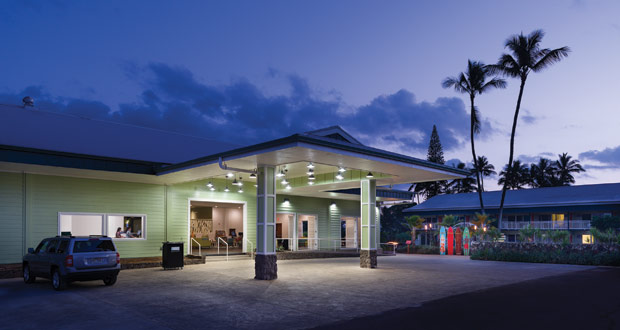 Ultimately, Jones decided to terminate his existing management contract and award it to Hogan’s company, largely as a result of assurances Hogan provided—assurances he himself would want as an owner. “We were willing to offer guarantees, and didn’t require a long-term contract, so they wouldn’t be locked in if we didn’t perform,” he describes.
Once on the job, Hawaiian Hotels & Resorts went into damage-control mode. “We were concerned about the transition. It is typical for an outgoing management company to divert their bookings to other hotels, but by the time we took over on June 1, we had been able to line up our partners—e.g., wholesalers, online travel agencies, etc.—and hit the ground running.”

Hogan didn’t hesitate to use one unique advantage—clearly reflected in the 100 percent increase in wholesaler revenue: His family had owned Pleasant Hawaiian Holidays, the largest tour travel co

mpany on the West Coast, from 1959-1998, and his company continued to have excellent relationships with wholesalers. “Part of building wholesale business is to go out and visit. We actually make the trip—thank them, talk to them, ask them about what’s going on with market and how can we help—so that really helps with the relationship and the support we get from them.”

Beyond leveraging its wholesaler expertise and connections, says Hogan, they took other steps, starting with reassuring existing hotel staff that they were valued, and applying their own “formula” for enhancing relationships. “I like to build a good team, not one where people are afraid to shoot the ball because the basketball coach is always yelling.” For that reason, he says, “I make sure there’s no politics, no jockeying for position.” He says he actively encourages the exchange of ideas and makes sure people are recognized—especially for ideas that improve efficiency and effectiveness. “People get excited when they see their ideas implemented and getting the credit for them.” 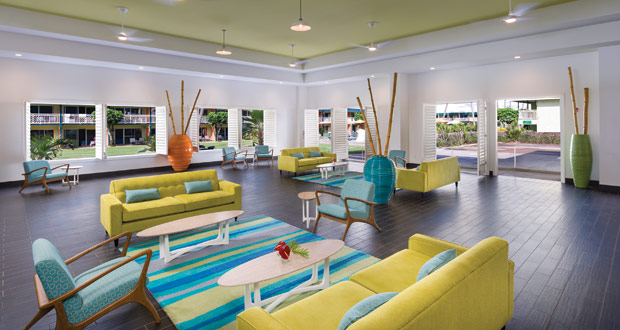 Hogan mentions another step taken in this situation that represented a departure from their normal modus operandi: To smooth the initial transition, he says, they hired Lights On Digital, which specializes in yield management for revenue—an arrangement that has proven mutually beneficial and has continued past the transition. “Even though we have our own department for that, there’s a lot we can do together in terms of having our feelers out. It’s been a great relationship,” Hogan explains.

Hogan says things are looking good for the new year. “We’re projecting to run 82 percent occupancy and looking at $10 million gross revenue for 2018.”

Top Executives on the Close of the Aimbridge-Interstate Merger