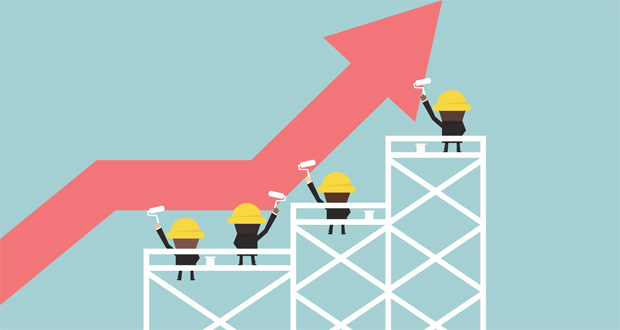 COLUMBUS—At the end of May, CBRE Hotels Americas Research enhanced its outlook for the U.S. lodging industry in 2018, based on better-than-expected first quarter performance. According to STR, U.S. hotels enjoyed a 3.5 percent increase in revenue per available room (RevPAR) during the first quarter of 2018, exceeding the 2.5 percent RevPAR gain expected by CBRE for the period. That performance shifted CBRE’s forecast for the year—researchers now forecast a 2.8 percent annual increase in RevPAR for U.S. hotels in 2018, a 0.3 percentage point enhancement over the 2.5 percent mark published in CBRE’s March 2018 Hotel Horizons report.

For its June 2018 edition, CBRE maintained the 2.8 percent annual increased in RevPAR for U.S. hotels this year and also released a forecast for the Columbus market, expecting the region to see a 2.6 percent increase in RevPAR in 2018. In addition, occupancy is projected to increase to 66.2 percent, better than the previous four quarters. CBRE Hotels Research is also forecasting supply growth in Columbus totaling 7.4 percent in 2018 to 2019. That’s the largest two-year change since 2001 to 2002, when supply increased 12.1 percent.

“The previous supply growth increase corresponded with a recession and occupancy decline,” said Mark Eble, managing director, CBRE Hotels Consulting. “The largest two-year growth period previously was 1988-1989 when the number of rooms increased by 14.5 percent. Interestingly, during this period the number of occupied rooms increased by 12.4 percent and occupancy declined only slightly from 65.6 percent in 1987 to 64.4 percent in 1989. The moral of the story is that recessions tend to have a much larger impact on occupancy than increases in supply.”

“We continue to be impressed by the ability of the U.S. economy to support demand growth for accommodations away from home,” said R. Mark Woodworth, senior managing director of CBRE Hotels’ Americas Research. “Helped by an expanding economy, first quarter 2018 lodging demand grew at 3.0 percent, a full 1.1 percentage points greater than anticipated. This sustains 33 consecutive quarters of demand growth, a streak that started in the first quarter of 2010.”

Given the strong first quarter performance, CBRE’s 2018 annual forecast for growth in lodging demand has increased from 1.8 percent in its March forecast report to 2.1 percent in the June edition. With the nation’s lodging supply forecast to grow by 2.0 percent, this now flips the occupancy projection from a 0.1 percent decline to an increase of 0.1 percent. “Looking toward 2019, we foresee another year of occupancy growth. This will mark 10 consecutive years of
increases in occupancy and five consecutive years of record occupancy levels,” Woodworth noted.

“With sustained record occupancy levels, we also are starting to see the return of some pricing power for U.S. hoteliers,” said John B. (Jack) Corgel, Ph.D., professor of real estate at the Cornell University School of Hotel Administration and senior advisor to CBRE Hotels’ Americas Research. “Ever since the U.S. lodging industry achieved a new all-time high occupancy level in 2015, we have observed a slowdown in the pace of annual changes in average daily room rates (ADR). This is counterintuitive to basic economic principles. However, based on the strong performance observed during the first quarter of 2018, we are forecasting a 2.7 percent annual increase in ADR for 2018. This is greater than the 2.1 percent annual change in ADR during 2017.” 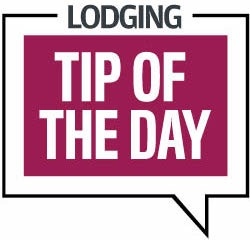