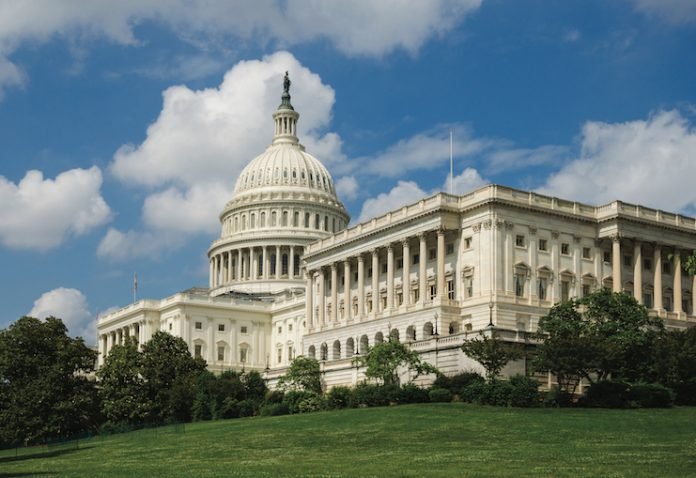 The shocking election night of 2016 was not to be repeated in the 2018 midterm elections, for the predicted outcomes largely came to be. With Democrats taking a majority of seats in the U.S. House of Representatives, Republicans maintaining control of the U.S. Senate, and the gubernatorial races across the country falling along the lines predicted by pundits everywhere, there was nothing particularly surprising for hoteliers to wake up to on November 7. That said, with a divided Congress, the question hoteliers now face is, what does this mean for our industry?

Democrat control of the House brings an end to a unified Republican government. No longer can hoteliers count on a Republican Congress to tee up landmark legislation, such as the Tax Cuts and Jobs Act, for President Trump to sign into law. Democrat control means that the next two years will likely be vastly different than the last. We’ll see what each party’s priorities will be as party leaders lay out their agenda for the new Congress as we head into 2019.

Having served in a legislature myself, I know that it is incumbent upon the leaders in each house to strive towards a path of governance. If the Democrats and Republicans in Washington have the slightest desire to move the ball forward on any legislative issues, they will have to wheel, deal, and compromise. I am optimistic that our two parties will be able to meet halfway on a few big items on which we already see bipartisan cooperation. For starters, bipartisan legislation to address the National Parks maintenance backlog is advancing through the House and Senate, and we may see a larger transportation infrastructure bill gain traction as each party looks to demonstrate their ability to get something done.

But to return to my initial question of what a divided Congress means for hoteliers, we must look at the 115th Congress’ unfinished business. The Save Local Business Act, a bipartisan piece of legislation that would create a statutory joint employer standard, passed the House but was not considered by the Senate. With Democrats controlling the House in the 116th Congress, it is unlikely that this bill will even see the light of day. The contentious debate about what constitutes a joint employer and the disastrous 2015 Browning-Ferris Industries ruling by the National Labor Relations Board (NLRB) muddied up the joint employer standard and continues to threaten the franchise business model. While Chairman Ring stated that the NLRB will bring clarity to the standard through the rulemaking process, the creation of a statutory standard by Congress would prevent the sort of fly-by-night bureaucratic overreach that savaged the traditional joint employer standard. I’m confident that the NLRB will restore the traditional standard, but the Save Local Business Act and any hope of a statutory standard will have to wait for a Congress that prioritizes small business owners over large corporations and unions.

Regrettably, “Tax Reform 2.0” did not pass the Senate, and the tax cuts and other key provisions in the Tax Cuts and Jobs Act that are set to expire in 2026 will likely not be made permanent in the next two years. The permanency of the tax cuts for the average tax payer will now be a political football for the next few years as the parties try to advance it towards their goals.

Also unfinished in the 115th Congress is the ADA Education and Reform Act. While it passed the House, the Senate did not consider it. This bill would help put an end to drive-by lawsuits.

While the prospects for some of the hotel industry’s big legislative initiatives may appear rather dim, there are opportunities abound. Over 50 members of Congress did not seek reelection, and a significant number lost their seats. With so many first-time lawmakers in Washington, hoteliers have a fantastic opportunity to educate them about our industry, our story, and our future. Talking about how you hire and train your employees, develop a relationship with them, and strive to help them advance professionally can help a skeptical member understand why the Save Local Business Act is key to preventing large corporations from turning small business owners into middle managers. Sharing your story about how an unscrupulous attorney and a serial plaintiff who never even visited your property tried to extort tens of thousands of dollars from you by alleging ADA violations can help open a legislator’s eyes to the peril of drive-by lawsuits. As I always emphasize to hoteliers, the key here is to invest the time to develop relationships with these new lawmakers so they understand and appreciate your perspective and the information you can provide to them about the issues affecting your community and business.

Originally published in the December 2018 issue of LODGING.

Coronavirus Lara Becker - July 8, 2020
As the road to recovery continues, hospitality vendors and service providers across the country are doing what they can to assist hoteliers by providing...