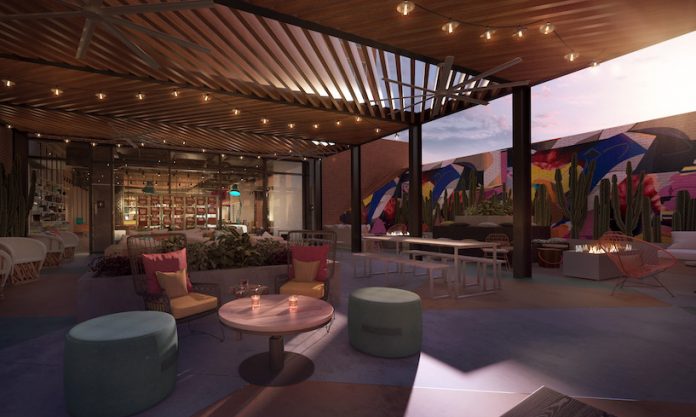 AUSTIN, Texas — Moxy Austin-University recently opened as the first Moxy hotel in Texas and the brand’s 22nd location in the United States. Located alongside the University of Texas at Austin campus, the property is owned by White Lodging and part of Marriott International’s experiential Moxy Hotels brand. The new destination includes 162 guestrooms, a cocktail bar, a 24-hour taco counter, and indoor and outdoor social spaces.

The Moxy Austin-University has industrial-chic guestrooms with platform beds, a work surface, and peg walls instead of closets. The hotel’s first level includes Bar Moxy—a 150-seat indoor “living room,” which includes a library, and outdoor “backyard” space with lounge seating, fire features, and an interactive guestbook that streams Instagram images and videos from Moxy guests around the globe. Upon arrival, guests can check in at the bar where they will be greeted with a complimentary “Got Moxy” cocktail.

The property’s first level also includes Zombie Taco, a 24-hour taco counter and walk-up window, which serves burritos, crisps, taquitos, and more. This is the concept’s third location after opening in Chicago in 2018 and Louisville in 2019.

The property will lean into its identity near the university with activations that will include a 21+ Moxy YOUniversity with a syllabus offering events and celebrations of campus life. Discounts, specials, and events will include Fraternity Fridays and Sorority Saturdays. Faculty and staff will also have their own dedicated night on Mondays. 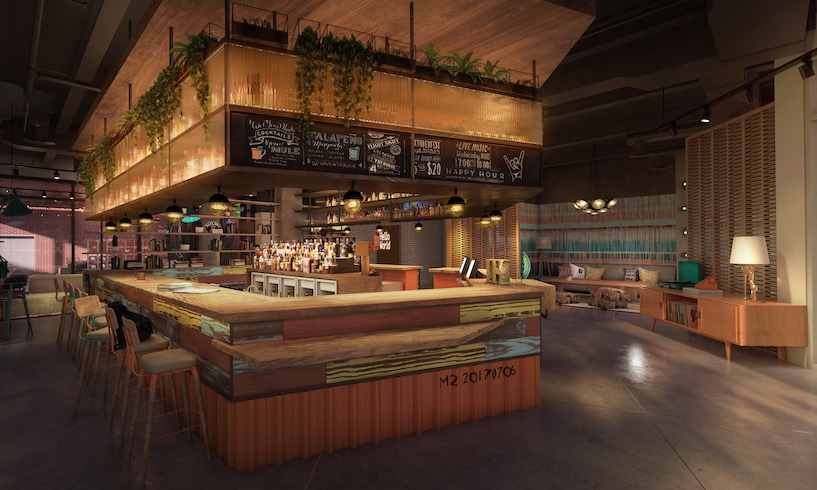 The nearly all-female leadership team at the Moxy Austin-University is captained by Lynn Snyder, who was co-captain of Moxy Chicago’s opening team. “The space at Moxy is unlike any other near campus and we’re assembling the best team to bring the #PlayOn mantra to life in safe and unexpected ways,” said Snyder. “I’ll just say this: If you thought Austin was weird before, buckle up.”

This is White Lodging’s third Moxy hotel with the others located in Chicago and Louisville. White Lodging will own and operate the property. White Lodging currently owns and/or operates 14 other hotels and more than 10 restaurants and/or bars in the Austin market, including the recently opened Zanzibar.