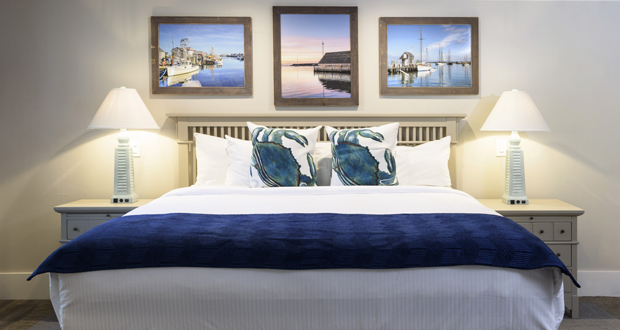 EDGARTOWN, Mass.–Kelley House, one of Martha’s Vineyard’s most historic establishments and among the oldest hotels in the United States, is commemorating its 275th anniversary with a brand-new look. The renovation has transformed Kelley House for the 21st century while retaining its Vineyard vibe. Guestroom linens are in crisp white and nautical blues while “weathered” wood-plank floors are layered with woven sisal rugs. White planked ceilings evoke the classic clapboard siding of the hotel’s exterior and are updated with recessed accent lighting. Photography of water scenes and sunset views adorns the walls.

Located in Edgartown, the inn’s original structure opened in 1742 as The Tavern—three decades before the Boston Tea Party sparked the American Revolution—and continued to provide respite for sailors throughout the war and whaling eras. It was managed by John Harper, master of the sloop Humbird, until he passed the baton to his son-in-law, fellow master mariner Lemuel Kelley, in 1772. In the years that followed, ownership passed to Kelley’s widow, Bathsheba Harper in 1798, then to their son William Kelley in 1801. It remained under William’s care until the mid-1800s, when Joseph V. Kelly assumed ownership and brought in William H. Milton as co-owner, and the partners embarked on an expansion of the inn.

The mid-19th century brought a series of changes in management and names, from Marcy House to Marcy Tavern to Vineyard House. It closed in 1878, in the wake of the whaling industry’s decline, then reopened as the Sea View House (not to be confused with the larger Sea View resort in nearby Oak Bluffs) by William Kelley in 1891. The following year, William married Elizabeth Johnston, who worked in the inn’s kitchen, and the couple renamed their inn Kelley House. Elizabeth continued to operate Kelley House for 28 years after her husband’s death, and her own obituary in the Vineyard Gazette in 1935 reported that she had “helped develop a new and wider reputation for the house as a place where only the favored might expect to be accommodated. For such has been the standing of the place and its owner that the same guests have returned year after year, their children and grandchildren with them.” 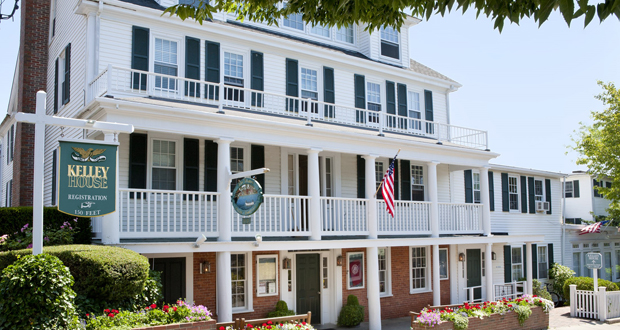 William and Elizabeth Kelley had no children of their own, and upon Elizabeth’s death, ownership of Kelley House transferred to Richard L. Colter (“Lee”), the son of her sister. Ownership passed to Lee’s son, Richard I. Colter, in 1964, and in 1972, Kelley House was acquired by Robert J. Carroll and former state senator Allan F. Jones, partners in the Harbor View Hotel.

Apart from a brief renaming in 1946 as Great Harbour Inn–honoring Edgartown’s original name—the inn has remained Kelley House to this day.

“It is extremely gratifying and humbling to see that, after 275 years, Kelley House continues to be a favorite New England gathering place for families and friends,” said Robin Kirk, principal and CEO of Scout Hotel & Resort Management. “We are incredibly grateful to the countless visitors who choose to stay at Kelley House year after year. Each person who walks through those doors is playing an important role in adding to Kelley House’s enduring heart and soul.” 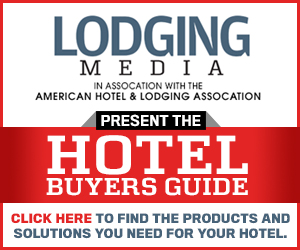