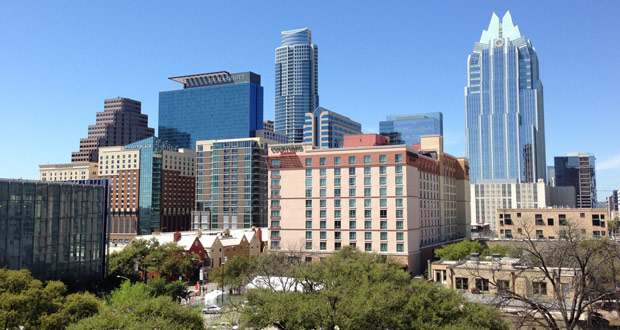 The achieved average room rate at U.S. hotels hit a high of more than $220 in March, fueling the continued increase in profit per room, according to the latest worldwide poll of full-service hotels from HotStats. While the achieved average room rate represented a year-over-year increase of just 2.1 percent, at $220.42, it was enough to exceed the previous recent high of $217.06 recorded in October 2017.

In addition to the growth in rate, a 0.2 percentage point increase in room occupancy to 81.7 percent helped RevPAR levels at hotels also reach the highest level recorded in recent years at $180.07, which is almost 14 percent above the RevPAR for the rolling 12 months to March 2018 at $158.28. In line with the year so far, increases in both the individual leisure (up 1.8 percent) and group leisure (up 4.2 percent) segments drove rates up, which was in contrast to a decline in rate in the corporate segment (down 2.2 percent).

Despite the peak performance in the rooms department, full-service hotels recorded a decline in non-rooms revenues in March 2018, which included a drop in food and beverage revenue (down 1 percent), as well as conference and banqueting revenue (down 4 percent) on a per available room basis. As a result, TrevPAR at U.S. hotels increased by 1.3 percent to $285.87. This also represented a TrevPAR peak for the market since the global financial crisis.

However, due in part to escalating costs, which included a 0.6 percentage point increase in labor costs to 32.9 percent of total revenue, profit per room at U.S. hotels in March (at $119.49) remained behind the previous high recorded in this measure at $121.56 in October 2017. Still, hotels successfully recorded a 1.8 percent increase in GOPPAR for Q1 2018, which has continued the positive period of trading following the profit growth in 2016 (up 3.6 percent) and 2017 (up 3 percent).

“March is typically a positive month of performance at hotels in the United States, driven by a strengthening in demand from both the leisure and corporate segments following a not particularly exciting January and February. It should also mark the beginning of a buoyant period of trading through to August,” Pablo Alonso, CEO of HotStats, explains. “With profit performance already well ahead of the same period in 2017 and the strength of performance in March could mean hotels are getting set for yet another banner year.”

In contrast to the positive performance recorded across the country, hotels in Austin are struggling to maintain profit levels as additions to supply hit revenue and costs continue to creep upwards.

Full-service hotel in Austin recorded a decline in revenue across all measures, including rooms (down 3.1 percent), food and beverage (down 1.4 percent), and conference and banqueting (down 5.8 percent), which contributed to the 3.5-percent decline in TrevPAR in March to $308.99.

Among the key issues facing Austin hotels are additions to supply, which have recently included nearly 4,000 new rooms across seven recently added branded hotels. While the city’s hotels managed to maintain room occupancy levels at 87.5 percent in March 2018, achieved average room rate for hotels in the city fell by 3.2 percent to $262.78. The decline contributed to the 2.6 percent drop in achieved average room rate for Q1 2018, to $222.03, as the market becomes increasingly competitive.

An uplift in labor costs, which increased by 1.1 percentage points in March to 21.6 percent of total revenue, also contributed to the decline in revenue levels at Austin hotels.

On a positive note, although profit per room at hotels in the Texas capital fell by 7.9 percent year-over-year to $167.79, profit conversion remained at 54.3 percent of total revenue. Furthermore, the GOPPAR recorded at hotels in March remained 51.3 percent above the profit per room for the rolling 12 months to March 2018, at $110.92.

“The development boom in Austin has undoubtedly had an impact on the profit performance of hotels in the city and the top of the market, in particular, is becoming very crowded with significant openings from key upscale brands, such as Fairmont and JW Marriott,” Alonso explains. “However, the pressure is unlikely to let up anytime soon as three of the largest players in the hotel industry have big plans for development across Texas, with Marriott planning 92 hotel developments, Hilton planning 75 hotels, and IHG looking at more than 100 across their range of brands within the three major metro areas.”

Hotels in Seattle fared better this month, recording a 4.6 percent year-over-year increase in TrevPAR to $228.90, which was on the back of growth in revenue in the rooms (up 4.5 percent), as well as non-rooms departments, including food and beverage (up 3.5 percent) on a per available room basis. And despite a 0.1 percentage point increase in labor costs to 33.3 percent of total revenue, Seattle hotels recorded a 5.3 percent increase in profit per room for the month to $91.40.

This continues the strong performance for Seattle hoteliers, which has resulted in a steady increase in GOPPAR over the last 24 months to $108.58 in the 12 months ending in March 2018.