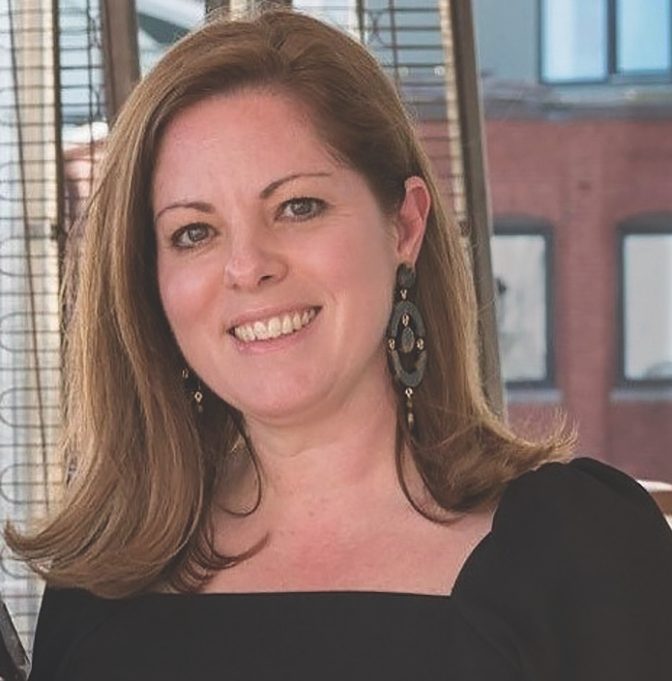 Kristie Dickinson had just been promoted to executive vice president of CHMWarnick when the Castell Project released its first report on female hospitality industry leaders. She found herself immediately drawn to the report, which was the first time she had seen any data around the participation of women at the executive level in the hotel industry. Dickinson adds. “Not only was it women-specific in the hospitality industry, it also included the real estate investment side. In it, I could see statistics in an area of business that spoke directly to my career. Needless to say, my interest about the program was piqued.”

Not too long after she saw that report, Dickinson was nominated to join the Castell Project’s next cohort, its second-ever class. That was in 2018. “The program was a perfect fit, given where I was in my career,” Dickinson says. “This was the first time I had come across training that was offering a combination of both hard and soft skills that were specifically designed for senior-level executives such as myself. It checked all the boxes for me.”

Dickinson expected to receive valuable training through the Castell Project, and the quality of that content exceeded her expectations. It was also actionable. Following the program, she continued to advance within her role and had opportunities to work on projects she hadn’t in the past. She explains, “Part of the evolution of Castell is that the process has enabled me to have deep conversations with the senior leadership of my company to discuss matters beyond my desired path and future with the firm—it has helped open up a healthy dialogue that’s been well received in my group about diversity and unconscious bias, which has resulted in a real company commitment to the Castell Project.”

“Education and learning are never final. There’s not a prescribed stage of your career where you should seek training. There’s always something to learn, even at a senior level.”

She also notes that one of the most beneficial takeaways from the event was the network that she gained, stating that the relationships she has formed with other industry professionals have continued long past the program’s duration. “The women that I’ve met through Castell and I have stayed in touch. I talk to them regularly for business and career advice, and we look for opportunities to do business together,” she says.

Since her Castell experience in 2018, Dickinson has significantly moved forward in her career. She has been nominated to the Board of Directors of ISHC (International Society of Hospitality Consultants). She was accepted into the Urban Land Institute’s Recreation Development Counsel and was invited to join its Boston, New England, Women’s Leadership Initiative. She was also offered more speaking opportunities in 2019 than in all the rest of her previous years combined.

Castell also affected Dickinson personally. “Castell was an affirmation that I’m on the right track. It’s given me motivation to continue to press forward and made me want to throw my hat into the ring and say yes to opportunities that come my way—everything from speaking opportunities to joining committees and boards to enhance my visibility. Above all, it’s a healthy reminder that women belong in professional spaces, even if nine out of 10 people in the room don’t look like us in most cases.”

Today, Dickinson is still active in the Castell community. She is involved with its initiatives and podium committee. She will be a facilitator to set up a Castell College session at her alma mater, the University of New Hampshire. She also participates in Castell Refresh, a networking event for past and current Castell members.

For people considering signing up for a leadership or training program, Dickinson has some advice. “Education and learning are never final. There’s not a prescribed stage of your career where you should seek training. There’s always something to learn, even at a senior level.” She also adds, “The training you’re getting has value, but you also need to recognize that the relationships and the connections will have equal, if not more, value down the line. Programs that provide you with a network are the ones that will deliver exceptional returns to you in your career and expand your visibility within the industry. It’s invaluable.”