PHILADELPHIA—HHM has completed enhancements to 24 hotels so far in 2013, including more than eight New York City area properties. The hotels received upgrades to guestrooms, bathrooms, corridors, lobby areas, and outdoor patios. In some cases, such as Duane Street Hotel in Tribeca, the property underwent a complete transformation, creating a whole new décor inspired by black and white 1920’s New York City, as well as more options for guests with the addition of two brand new suites.

Other renovations were recently completed at Residence Inns, Hyatt Houses, Hilton Garden Inns, and other major branded properties as well as the distinctly unique boutique hotels of the Independent Collection, in Maryland, Massachusetts, Connecticut, Washington D.C., and central Pennsylvania..

Ten of the company’s 18 Hampton Inns have received enhancements, including property-wide upgrades at three Pennsylvania hotels. The Hampton Inns at Carlisle and Danville, as well as the Hampton Inn and Suites Hershey underwent top to bottom changes – from an updated exterior to the indoor pool. Public spaces such as the lobby, breakfast bar, and fitness center were enhanced and a sweet shop market was added. The guestrooms now include a wall unit that features a microwave and refrigerator, along with a desk set designed to create more space in the room for the guest’s comfort and convenience. 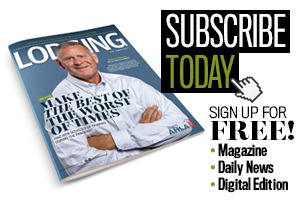