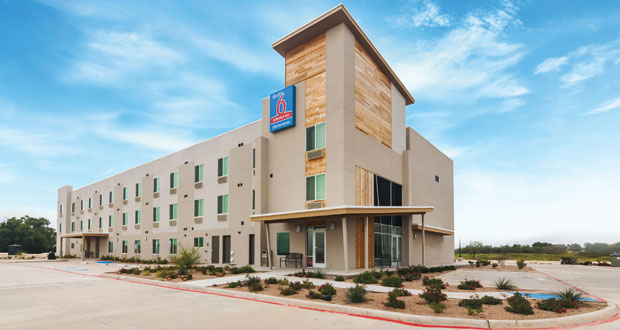 In 2017, G6 Hospitality celebrated its 55th anniversary. The company, which is headquartered in Carrollton, Texas (near Dallas), has two economy brands that franchise throughout the United States—Motel 6, which has been around since 1962, and Studio 6, an extended-stay brand that launched in 1998—as well as two brands that serve Latin America, Hotel 6 and Estudio 6.

While G6 Hospitality has been a force in the hospitality space for more than half a century, its approach to the industry is somewhat unique. In a time when so many big hospitality brands are launching new flags, G6 is strongly focused on their existing ones. “We’re firmly rooted in the economy segment,” explains G6 Hospitality CEO Jim Amorosia. “It’s where we’re comfortable and it’s where we excel.”

This strategy has paid off in spades. Over the last five years, the number of G6 properties has doubled, and the company is on track to have almost 1,500 properties by the end of 2017. Amorosia checked in with LODGING to discuss G6’s development strategy, how the company has changed since it was acquired by The Blackstone Group in 2012, and what’s in the future for its legacy brands.

How has G6 Hospitality’s development strategy evolved over time?
There have been some changes, but there have been many constants as well. One constant is the segment in which we operate. We started in the economy segment, and now we have a long history of expertise and success, so we choose to continue to focus on that segment. It’s within this segment that we have consistently maximized revenues in both our owned and franchised properties.

What’s changing is the ratio of owned to franchise properties. Our development goals today are more focused on growth through franchising. Now, we’re primarily looking at existing North American markets, specifically major urban areas. We’ve got terrific products out there and in the pipeline, and we’re just starting to scratch the surface of these high-profile markets. We believe that we can be an impactful player anywhere in the United States, and we’ve already proven that we can perform in urban environments with competitive rates. Equally important, we’re bringing a business model based on low-cost, efficiency management into new environments. When you bring that mindset into a dense urban market, it has a profound impact on your profit margins.

Additionally, we are expanding our international presence with new developments for our Hotel 6 and Estudio 6 brands. We are on target to open our first property in Mexico early in 2018. We’ve also established partnerships in Central and South America, as well as in India. We’re open to all opportunities, as long as we can find the right partner to maintain the standards we’ve established in our U.S. and Canada properties.

How are you keeping the Motel 6 and Studio 6 brands fresh in an environment that’s constantly introducing new brands?
We have to look at this from two perspectives—through the eyes of the guest and through the eyes of developers. For developers, we’re looking to extend our brand. For example, last year, we very quietly launched dual-branded Motel 6 and Studio 6 properties. Obviously, dual-branded properties are something a lot of hotel companies do, but we took steps to ensure these properties were especially cost effective and efficient.

For example, our dual-branded hotels have a shared lobby to eliminate redundant common spaces. We now have 12 properties offering both brands, Motel 6 and Studio 6, and about a dozen more in the pipeline across the United States. From a guest perspective, we always try to think about the next generation. Our most recent room design concept, Phoenix, was very successful. We got numerous accolades for its layout and how we make the most of space in an economy product.

It’s been five years since The Blackstone Group acquired the Motel 6 and Studio 6 brands. How did things change when Blackstone came into the picture?
The past five years have been a tremendous journey. Blackstone invested significant capital in the company, allowing us to better position our owned products, which, in turn, has led to a fantastic return on investments. Blackstone also brought us their expertise, which is vast because they have so many different businesses under their umbrella.

It also suddenly gave us the opportunity to partner with a number of portfolio companies, and as a result, we have seen continued efficiencies in product placement, real estate management, and development growth. We also doubled our franchise population in the five years, which is no small feat considering that we weren’t small when they took us over. By the end of 2017, we’re going to have close to 1,500 hotels. When you look at it from the perspective of growth, Blackstone gave us the ability to maximize what we always knew we were. Candidly, when they acquired Motel 6, the system was a little bit tired in the sense of our product. We needed to inject capital throughout the system. And they’ve invested over a half a billion dollars to achieve that goal.

How has Blackstone’s support influenced your development?
In 2012, our RevPAR was a little less than 30 dollars. Today, it’s more than 42 dollars, which is a 43 percent increase. Of course, you also have to consider that we’ve been in a growth economy for the past five years, but still, we have outperformed our segment every single year since the acquisition, and we are on track to do the same thing for 2017. And when something like that happens, you’re not only seeing competence in the business model, but competence in our expertise.

We have also seen an increase in franchise confidence. Throughout the history of our brands, our pipeline has never been bigger. Part of that is our expertise, of course, but it’s also a halo effect of being part of multi-country organization. In the last five years, we started working with developers we had never worked with before and formed partnerships with hoteliers who typically dealt only in full-service or upper-limited-services properties. And all of a sudden, they were on the phone.

Truly, a large part of our growth over the last five years has been developing new partnerships. And not just individual partners, but also institutional investors, third-party management companies, and other larger entities. Blackstone was and is an integral part of that growth, and I’m looking forward to many years with them in the future.

You’ve spoken a lot about developing new partnerships. Are there any organizations in particular you want to mention?
Two organizations that we have become more connected to are the American Hotel & Lodging Association (AHLA) and the Asian American Hotel Owners Association (AAHOA). I’m on AHLA’s board, and many G6 colleagues serve on AHLA sub-committees. We also have an arm-in-arm relationship with AAHOA and the 15,000 representatives they have across North America. We’re always looking for ways to partner with these entities to further the interests of our industry and create new development opportunities.

What is the role of associations like AHLA and AAHOA in the hotel industry?
It’s critical for an industry to be able to show a united front when it comes to regulatory reforms, regardless of whether it’s from a federal, state, or global perspective. Yes, big companies like G6 Hospitality can be heard and leverage their scale to make an impression, but it’s so much more impactful when many hospitality companies speak together. When you work with organizations like AHLA and AAHOA, messages are clearer and are communicated more quickly and forcefully than if we were speaking by ourselves. 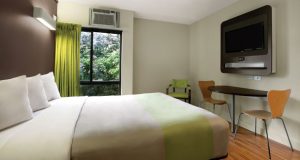 Is there anything in the hotel business that keeps you up at night?
Something that challenges me to think differently is trying to figure out how to best employ human capital. People are what make the hospitality industry special. They are the ones responsible for providing a sense of welcome whenever a guest walks into your hotel. At G6 Hospitality, we challenge everyone who works in our owned and franchised properties to think about what makes great service. This could mean everything from greeting guests with a smile to personalizing branded properties to be warm and welcoming. And, of course, we also want to be sure that the people who work with us, grow with us. So many of our GMs started in hourly positions, and we want to support the people who want to build a career with G6’s brands.

What’s in the future for G6?
We’ve been at this for a while—55 years now—and still going strong. Having said that, we are always looking for opportunities to learn and grow. Learning is part of any legacy, but it will never change what we do at a base level. Rather, we’re making what we do and what we are better and better, whether it’s through technology, or people, or award-winning marketing campaigns. Whatever form it might take, it’s always going to come back to providing an excellent experience for our guests in the economy segment. We are always committed to giving them a clean, comfortable room with great service at the best price. That’s not going to change, because that’s what Motel 6 and Studio 6 is. Every single location is dedicated to leaving the light on.